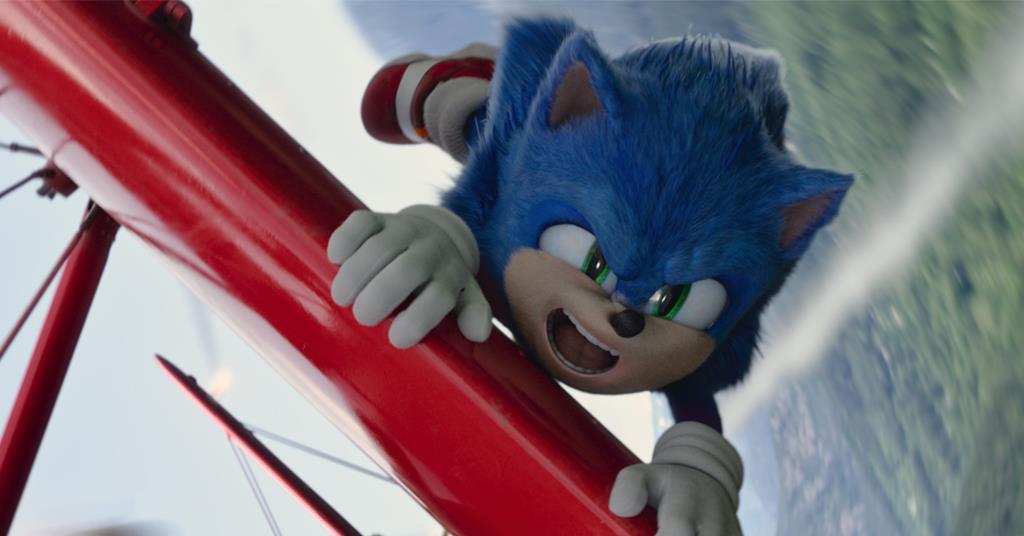 After the box office heroics of Spider-Man: No Way Home and The Batman, Paramount’s Sonic The Hedgehog 2 came through a critical test of appetite for family films as it soared to number one in North America on an estimated $71m.

The result from 4,234 theatres came in approximately 22% above the pre-pandemic original’s $58m three-day February 2020 and sets up the film heading into spring break. It also offers encouragement to exhibition as family audiences show they are willing to turn up for appealing, commercial fare after two years of Covid-19.

The Sonic 2 debut also provided Paramount with its fourth 2022 number one debut after Scream, Jackass Forever and The Lost City, as well as the biggest three-day launch since 2014, and the biggest debut by a video game adaptation since Sonic The Hedgehog (which finished on $148m in North America after a January 2020 launch.)

Sonic 2, adapted from the Sega video game about the exploits of a speedy hedgehog and his nemesis Dr. Robotnik – voiced by Ben Schwartz and Jim Carrey, respectively – opened on $5m Thursday previews and went on to deliver $26.5m on Friday and gained 1% for $26.8m on Saturday.

According to Paramount sources the film over-indexed everywhere east of the Rockies in markets in places like Chicago, Atlanta and Detroit, with top-grossing theatres including Los Angeles, San Antonio, Orlando, New York, Phoenix, Baltimore and Dallas and Houston.

Studio executives pointed to the effectiveness of a marketing campaign that launched the first trailer with an appearance by Carrey and Schwartz at the Video Game Awards in December that produced 276m combined global trailer views and streams. Executives also scheduled a Super Bowl custom spot and Twitter sweepstakes that trended number one and drew more than nine million views online in addition to the broadcast. Jeff Fowler directed Sonic 2 which also stars James Marsden, Tika Sumpter, Natasha Rothwell and Idris Elba.

A24 expanded Michelle Yeoh fantasy adventure and recent SXSW opener Everything Everywhere All At Once from 1,212 to 1,250 and placed sixth on $6.1m from for $8.4m after three weekend