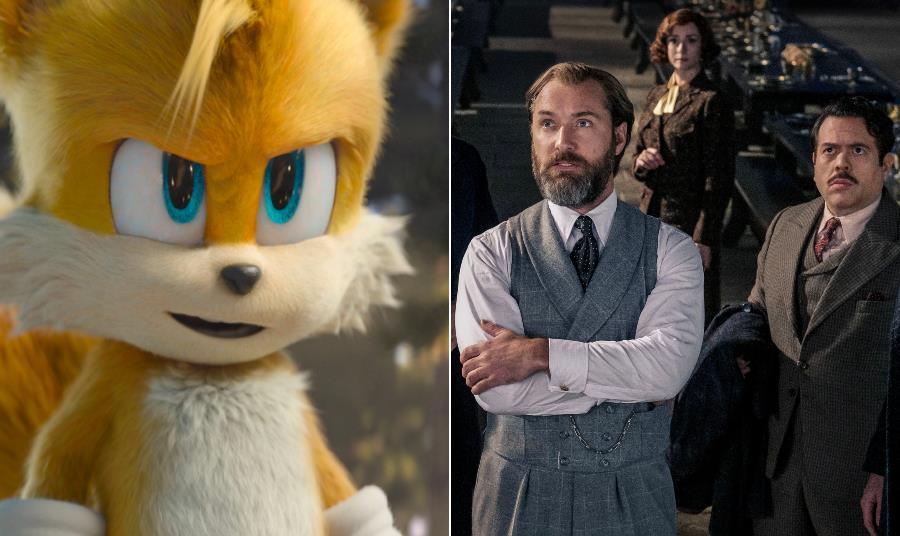 Paramount’s Sonic The Hedgehog 2 has retaken the UK-Ireland box office lead from Warner Bros’ Fantastic Beasts: The Secrets of Dumbledore, on a weekend when no new titles managed to break into the top five.

Sonic The Hedgehog 2 added £1.64m on its fourth session – a drop of just 20%. This was enough to reclaim the top spot it first took on the weekend of April 1-3.

Paramount secured two of the top three spots for the second consecutive weekend, with The Lost City holding third place with a £1.4m second session, dropping 21%. It is now up to £5.6m total.

Warner Bros took fourth spot as well, with John Madden’s war drama Operation Mincemeat dropping 19% on its second weekend with £758,285 bringing it to a £2.6m cume.

Takings for the top five stood at £6.1m – a 24.2% decrease on last time out, and 41.9% down since the start of the month. Exhibitors will be looking for Universal’s Downton Abbey: A New Era to provide a spring boost next weekend.

The highest-ranking opening title this weekend was Lionsgate’s The Unbearable Weight Of Massive Talent starring Nicolas Cage, which opened to £469,339 from 563 sites at an average of £844. Including previews, the film has £516,697.

On an impressive fifth weekend in cinemas, Mubi’s The Worst Person In The World scored an excellent 6% increase, with £33,796 taking it to £887,425 and maintaining hopes of it crossing the £1m barrier before its run is over.

Audrey Diwan’s Venice 2021 Golden Lion winner Happening opened to £17,042 from 37 sites for Picturehouse Entertainment, and has £27,701 including previews.

Michael Bay’s Ambulance drove in £8,873 for Universal, and has just shy of £1.6m from five weekends – a low figure compared to Bay’s previous work.

The Nan Movie is closing out after six weekends for Warner Bros, adding £3,220 to reach £1.7m.