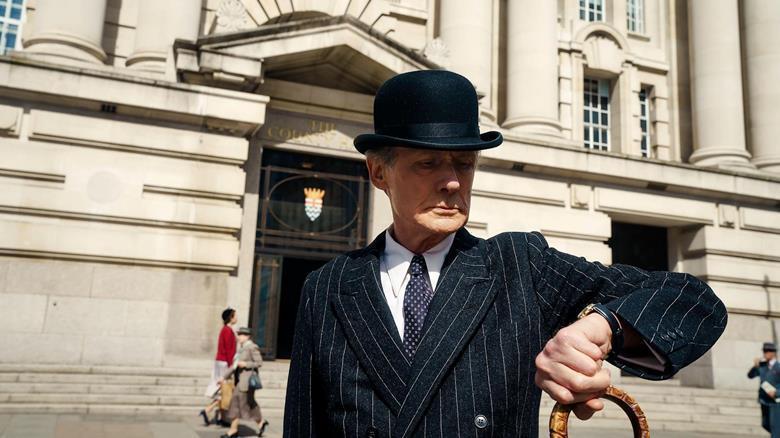 The distributor picked up the drama for Latin America, India, Scandinavia, Eastern Europe, Germany, South Africa, Southeast Asia, and airlines worldwide in a deal with CAA Media Finance and Rocket Science on behalf of the filmmakers. Sources said the deal was in the $5m range.

Oliver Hermanus directed from novellist and screenwriter Kazuo Ishiguro’s screenplay based on Akira Kurosawa’s 1952 classic Ikiru. Nighy plays a civil servant in London in the 1950s who sets out to find the meaning of life after he learns he has a terminal illness. The film debuted in the Premieres section last Friday (21) and was a buyer target prior to the festival.

Stephen Woolley and Elizabeth Karlsen produced through Number 9 Films. Living was developed with support from Film4 and Ingenious, with financing from Film4, County Hall Arts, and Lipsync. Executive producers are Kurosawa Productions.

Sony Classics called the film an ”overwhelming emotional movie audiences are hungering for in their return to theaters”, adding: ”We are thrilled to embark on this adventure with these artists and our producer friends Stephen Woolley, Liz Karlsen, Daniel Battsek, and Rocket Science.”

Woolley added, “Living has been a work inspired by the passion of Kurosawa and built on by the equally passionate and sublimely talented Ishiguro, Bill Nighy and Oliver Hermanus. The team at Sony Pictures Classics have demonstrated for decades (with a track record of great movies that is unrivalled) that passion is the vital ingredient in not only making and creating vibrant movies but also releasing those films to audiences in North America and globally. Elizabeth and I as the producers of Living are honoured to be in their company again and we are excited to share this glorious film in cinemas where it rightly belongs to inspire audiences in 2022 to embrace Living.”

Several other prestige players were understood to be in pursuit for what is likely to become a potential awards contender next season.

Earlier on Tuesday (25) RLJE Films swooped on US rights to Karen Gillan sci-fi Dual, while Searchlight Pictures were understood to be leading the chase for Emma Thompson starrer Good Luck To You, Leo Grande.