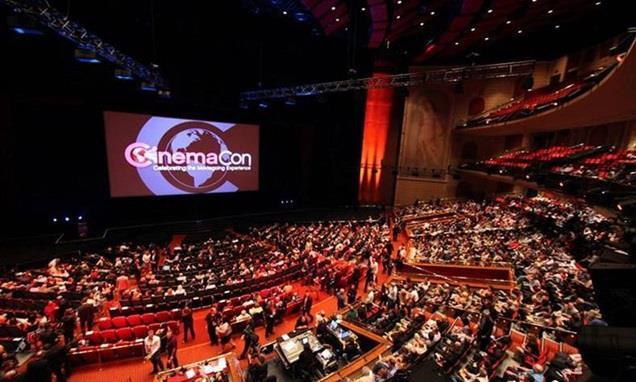 “Don’t ever tell me theatrical is dead” Sony’s head of the motion picture group Tom Rothman told CinemaCon on Monday night (April 25) as he joined fellow executives in parading the studio’s upcoming slate and revealed – with no elaboration – that there will be sequels to Venom and Ghostbusters.

The presentation at the Colosseum in Caesars Palace comes on the heels of the stunning $1.89bn global box office posted by Spider-Man: No Way Home and Rothman played up the studio’s vocal advocacy of theatre-going despite the challenges of a pandemic that saw cinemas close for more than a year across parts of the world.

The executive reminded attendees – it was pointed out that there were 3,000 in the venue on Monday night – of something he said at the slimmed-down CinemaCon last August. “The heart and soul of our business remains true theatrical.” He stood by those words, noting that since then Sony releases have grossed $3.3bn at the global box office.

Sony has made much of the fact that it tried to resist pushing films onto streaming platforms in the last two years. It is unique among the US majors in that it does not to have a sister streaming platform although it struck a pay 1 deal with Netflix last year.

While the session was light on star wattage compared to previous years there was extended footage from Brad Pitt action comedy Bullet Train (July 29) as well as clips from The Woman King (September 16) starring Viola Davis and Reese Witherspoon-produced mystery Where The Crawdads Sing (July 15).

Davis and Bad Bunny were the only on-stage star appearances. The former collected the inaugural CinemaCon Trailblazer Of The Year award, while Puerto Rican rapper Bad Bunny, who is in the cast of Bullet Train, was unveiled as the star of the upcoming Spider-Man spin-off El Muerto – the first live-action Marvel film to star a Latino lead set for release on January 12 2024. Bunny, AKA Benito Antonio Martínez Ocasio, will play the son of a luchador next in line to inherit the ancestral power of El Muerto.

Phil Lord and Chris Miller teed up 15 minutes of rough footage from the sequel to their 2019 Oscar-winning Spider-Man: Into The Spider-Verse. Featuring 240 characters, six story universes and around 1,000 animators and crew, the follow-up will be split into two: Spider-Man: Across The Spider-Verse will open on June 2 2023 and Spider-Man: Beyond The Spider-Verse is set for March 29, 2024.

Rothman acknowledged Sony’s pipeline contains superhero films and sequels to tentpoles like The Equalizer and Venom but stressed there was room for diversity. “In the coming months we will show that new and original stories can also work,” he said, introducing a sizzle reel that teased remake A Man Called Otto (December 25) starring Tom Hanks, Where The Crawdads Sing, I Wanna Dance With Somebody (December 21), The Woman King, Bullet Train, and family film Lyle, Lyle, Crocodile (October 7) based on the children’s book. Kraven The Hunter is in production and Spider-Man spin-off Madame Web to star Dakota Johnson is in the works.

The session rounded out with a recorded message from former heavyweight boxing champion George Foreman, whose life story is being filmed by George Tillman and is scheduled to open on April 7 2023.