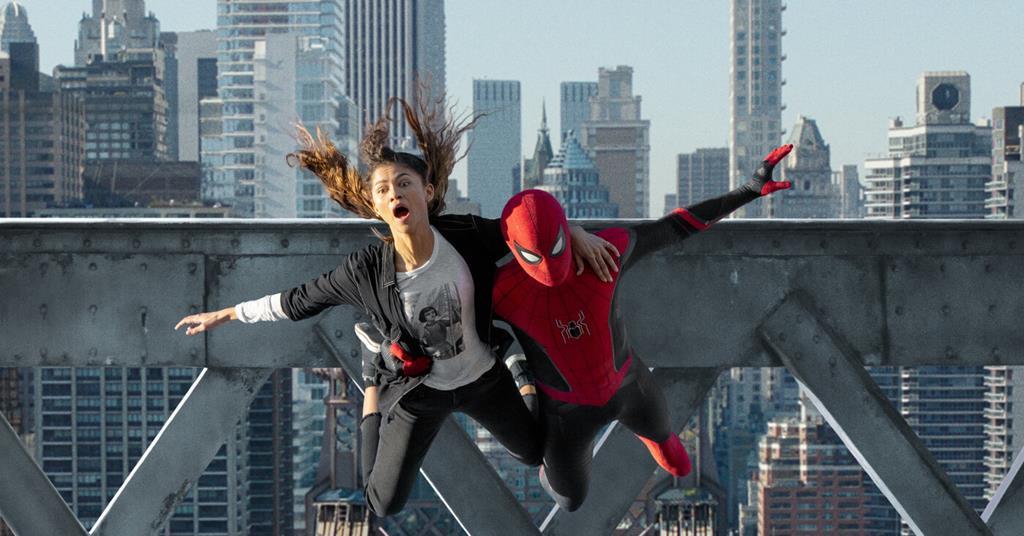 Columbia Pictures/Marvel Studios’ Spider-Man: No Way Home has crossed the $1bn mark at the global box office without China to become the first release of the pandemic era to reach the milestone, a spectacular feat in light of the Omicron spread and tightening of restrictions across Europe and parts of the world.

The tentpole starring Tom Holland and Zendaya and directed by Jon Watts stood at $1.05bn as of Sunday (December 26) after 12 days in release, tying with Star Wars: The Force Awakens which crossed the threshold in the same number of days in 2015 and ranking third behind Avengers: Endgame (five days in 2019) and Avengers: Infinity War  (11 days in 2018).

No Way Home opened in Thailand on $3.5m and added $7.5m in the UK for a $68.9m running total which has outstripped the $49.6m final tally of Far From Home in 2019. Box office dropped 57% in the entire international session, a strong performance given that superhero releases, like many youth-skewing tentpoles, tend to front-load their results in the first weekend. The film is tracking ahead of current franchise champion Far From Home by 51% and is ahead of 2017 release Spider-Man: Homecoming by 99% for the same bucket of markets at current exchange rates.

Coming up in 2022 are Japan on January 7, Philippines on January 8, Slovakia on January 13 and Norway on January 14. China remains undated and the fact that No Way Home has crossed $1bn so quickly without input from the world’s current number one market makes the film’s performance all the more remarkable.

A full update of all major Hollywood releases will appear on Monday.