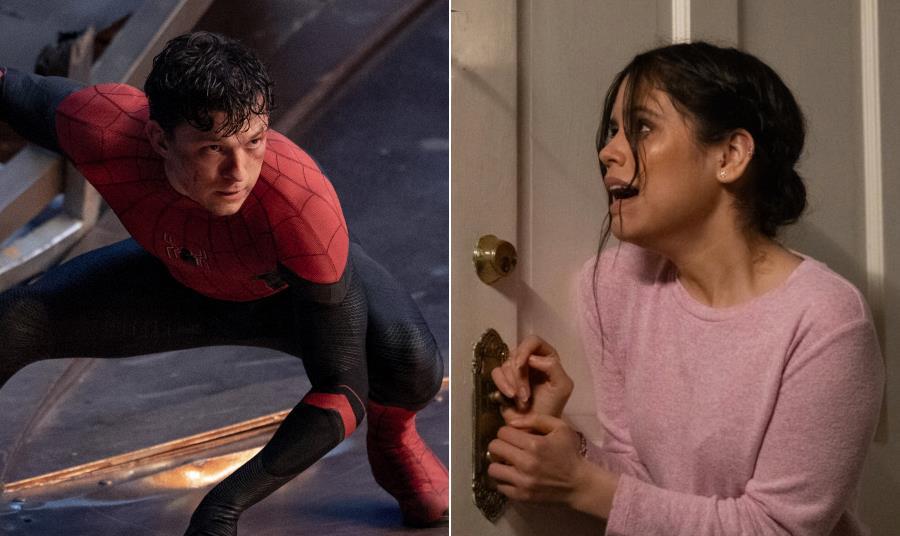 Another powerful performance in international markets saw Sony’s Spider-Man: No Way Home hold off the challenge of Paramount and Spyglass Media’s Scream at the weekend, with estimated global box office of $54.2m – over $4m more than the horror reboot/sequel.

No Way Home pushed through the $1.6bn barrier – with global takings to date of $1.63bn. However, the film’s place in the all-time global rankings remains unchanged from a week ago, at eighth. It should now soon pass both Disney’s The Lion King remake ($1.66bn, ranked seventh) and Universal’s Jurassic World ($1.67bn, sixth). The all-time global chart is led by Avatar ($2.85bn).

The latest Spider-Man film is performing particularly strongly in Latin America: No Way Home is now the biggest film of all time in Mexico (with $72.0m), and the second-biggest of all time in Brazil ($50.4m), Central America ($12.6m) and Ecuador ($7.9m).

No Way Home has reached its powerful global tally despite no release so far in China – whereas franchise predecessor Spider-Man: Far From Home grossed $199m in China.

Next to open No Way Home are Slovakia (January 20) and Norway (January 21).

The fifth Scream film topped the North America box office at the weekend with an estimated $30.6m, adding an estimated $18.0m in 50 international markets for a combined total of $48.6m. That made the Paramount/Spyglass Media’s title a strong second at the weekend’s global box office, far ahead of third-placed Sing 2 ($16.7m).

Scream opened in second place in virtually all of its international markets, including its top foreign territory UK/Ireland (an estimated $3.4m). Next comes France with an estimated $1.8m, and Australia ($1.5m), Russia ($1.3m), Germany and Mexico (both $1.1m).

On a like-for-like basis, Scream is 23% ahead of Scream 4 in the 50 international markets where it’s opened so far, at the same stage of release.

The latest Scream is directed by Matt Bettinelli-Olpin and Tyler Gillett (2019’s Ready Or Not) from a screenplay by James Vanderbilt (2019’s Murder Mystery) and Guy Busick (Ready Or Not). The story combines the principal legacy characters (played by Neve Campbell, Courteney Cox and David Arquette) with a fresh batch of teens being stalked by a masked killer.

Also for Paramount, Paw Patrol: The Movie opened in China at the weekend, delivering $3.6m, and taking the international total to $95.1m. The global total is $135m.

While many current and recent releases are struggling to achieve a confirmed release date in China, Warner Bros’ The Matrix Resurrections landed there on Friday (January 14), topping the country’s weekend box office with $7.5m.

Overall, Chinas recorded another quiet weekend at the box office, with a dearth of local releases. The Matrix Resurrections topped the box office, ahead of Covid-themed Embrace Again ($6.8m) and Hong Kong thriller franchise entry G Storm ($4.2m). Cumulative totals on those two titles, which both released on December 31, are $126.6m and $85.0m respectively.

Disney’s The King’s Man benefited at the weekend from its arrival in both Russia and Ukraine, arresting the decline in international box office. The Matthew Vaughn spy action prequel – which features Rasputin, Stalin and Tsar Nicholas II as characters, and includes a Moscow-set segment – opened in first place in Russia, with an estimated $2.2m. The King’s Man also opened top in Ukraine with an estimated $800,000.

The coming weekend sees The King’s Man arrive in the Philippines.

Universal’s Sing 2 reached a box office milestone at the weekend, pushing past $200m for $215.7m worldwide.

The Illumination Entertainment animation achieved estimated global weekend takings of $16.7m – enough for third place in the global rankings – despite there being no major territory openings. (Thailand opened to a modest $51,000.)

Next key markets to open Sing 2 are Germany (January 20) and UK/Ireland (January 28).