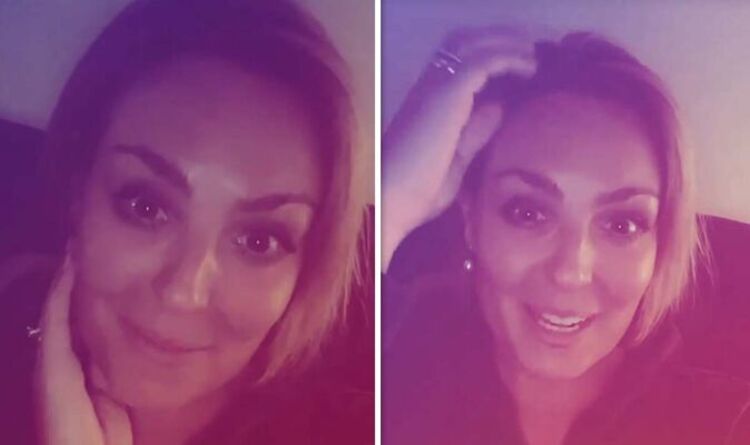 Strictly Come Dancing professional Amy Dowden, 31, has told fans she was forced to take some time off after she suffered a Crohn’s disease flare-up whilst performing on the Strictly tour. Amy made the admission via her Instagram story on Sunday evening.

She told her 316,000 followers: “Just under two weeks ago I think my condition basically was like, Amy, you need to rest, you need to take some time out.

“I actually listened to my body, I didn’t have a choice really, but I think I didn’t really ever fully recover from my flare-up on tour and then it just caught up on me basically.

“So, I took some time out and then last week Ben also took a few days out as well.”

Amy has been engaged to fellow professional dancer, Ben Jones, since 2017.

She said it was “really lovely” to be able to take some time off and allow her body to recuperate.

The dancer continued: “It made me realise how much I needed a rest, both physically and mentally.

“How nice it was actually to just spend some quality time with Ben because our lives are go, go,go.”

Amy and Ben planned to tie the knot in July 2020, with Oti Mabuse and Dianne Buswell as bridesmaids.

Amy also opened up about how she was left in agony when her Crohn’s disease flare-up meant fellow dancers, Aljaz Skorjanec and Kai Widdrington, had to rush to her aid.

She recalled: “I woke up and I felt niggles in my stomach, a bit more tired and I just thought ‘oh maybe it’s the tour’ and I had a hot water bottle.

“Then I started vomiting between numbers during the show, which can be normal for me.

“I have to say to everybody, ‘That’s just like you guys going to the toilet, don’t panic!’

“Then I got on the bus and all of my fellow pros know me and they could instantly see ‘Amy’s not well…’ It got to the point where I was crying in pain, Aljaz whipped me up and carried me into the service station.

“I managed to get my symptoms under control, we got to Manchester but slowly I deteriorated to the point where unfortunately they needed to call an ambulance straight after the matinee. Kai carried me off the stage in the matinee in Manchester.”

Amy was diagnosed with Crohn’s Disease when she was 19 years old.

She told Steph that she has “learned to live with it” and is determined “not to let it define” her.