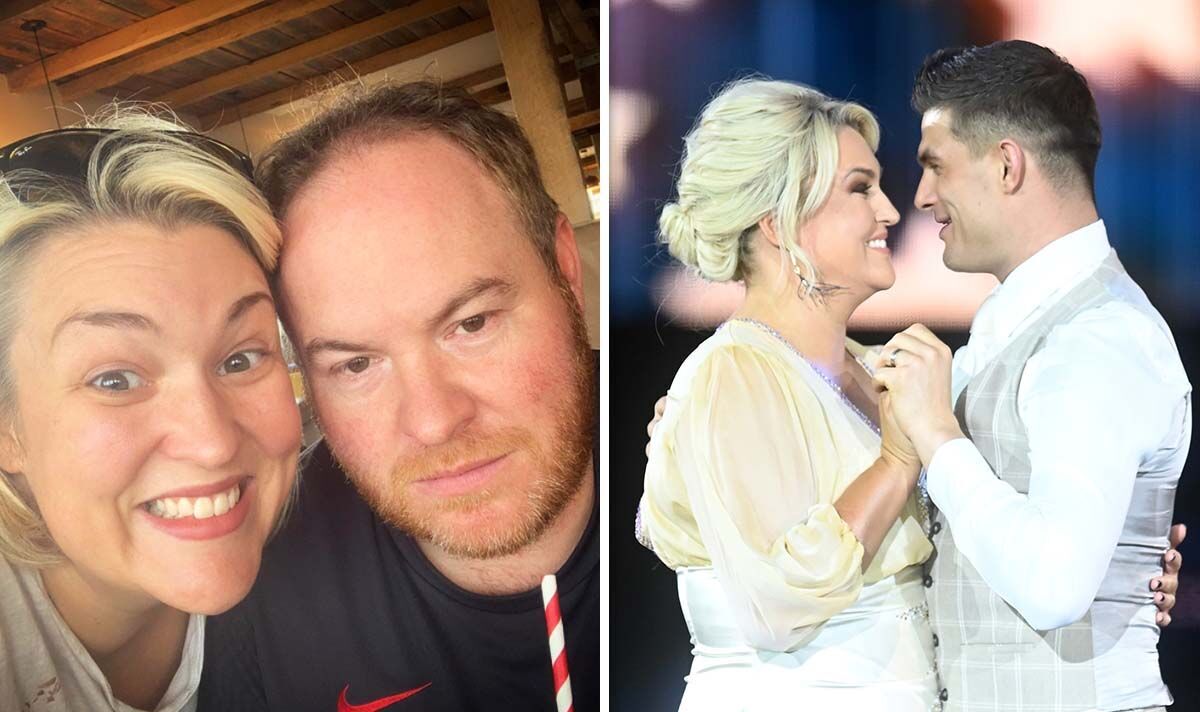 Sara Davies, 38, has confessed that her husband Simon became irritated when she left him “living like a single parent” during her stint on Strictly Come Dancing. The Dragons’ Den star admits that Strictly took up so much of her time that she had to rely on Simon to take care of their two children and their business while she trained with Aljaz Skorjanec, 32.

Writing in her new book, We Can All Make It, Sara says things came to a head and Simon became “ratty” when she failed to prepare for an important business meeting because she had been “out strutting around with some dancer guy”.

In a new interview with Express.co.uk, Sara explained that she was so “wrapped up” with the Strictly experience that she began to neglect her husband.

She said: “I was full of all my Strictly stories, Aljaz was coming home every night and the kids thought he was the coolest person ever.

“I realised that not once had I considered what Simon had done that week or how he had been.

“He was the one that had to do loads of schoolwork, drop offs and pick-ups and ironing the kids’ clothes, he was doing all of that and managing the business because I just wasn’t there.

“I caught myself one night and I thought, oh my god, I have really got to think about what Simon needs through this and how can I support him as well.”

Although Sara had only just started to think about the pressure that Strictly was having on her homelife, she says Aljaz had recognised it days earlier.

She recalled: “The very first day that I brought Aljaz home to meet the family, we picked the kids up from school and he was playing happily with them when Simon’s car pulled up on the driveway.

Sara and Simon have been married since 2007 and share two sons: Oliver, seven, and Charlie, four.

Sara’s book, which hit the shelves this week, takes readers through her journey to success.

This includes running her business from her university bedroom, to becoming the youngest female investor on Dragons’ Den and topping the Strictly leaderboard.

On what motivated her to write the book, Sara said: “I want people, whether they are entrepreneurs or mums who are trying to juggle everything, to pick up my book and connect with something in it.

“I want them to think, if she has done that I can go and do whatever it is that I am trying to achieve.”

We Can All Make It: My Story by Sara Davies was published on 28th April by Bantam Press. RRP £20.