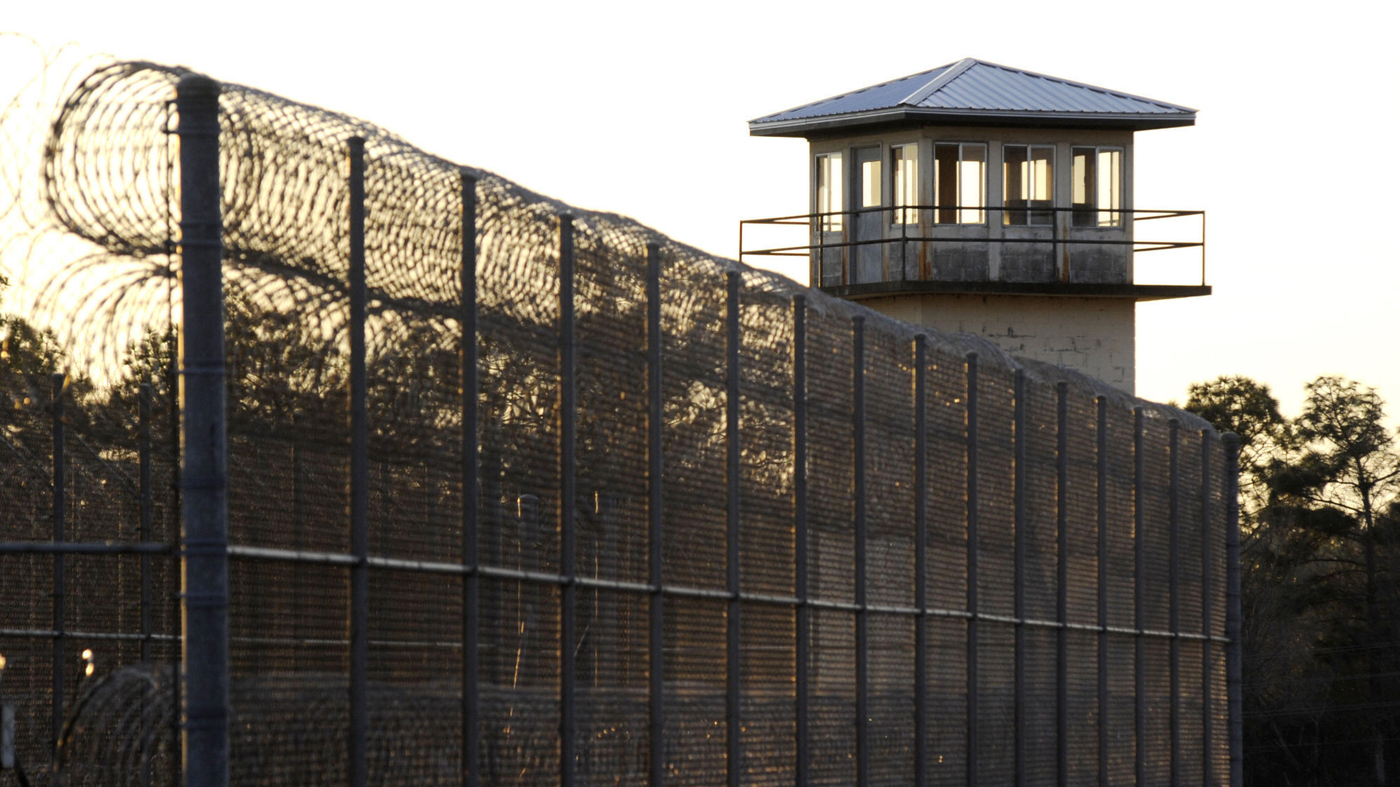 The sun sets behind Holman Prison in Atmore, Ala., on Thursday as the U.S. Supreme Court cleared the way for the execution of Matthew Reeves, convicted of killing a man during a robbery in 1996.

The sun sets behind Holman Prison in Atmore, Ala., on Thursday as the U.S. Supreme Court cleared the way for the execution of Matthew Reeves, convicted of killing a man during a robbery in 1996.

ATMORE, Ala. — The U.S. Supreme Court cleared the way Thursday night for the state of Alabama to execute an inmate who contended that an intellectual disability combined with the state’s inattention cost him a chance to avoid lethal injection and choose a new method.

The nation’s highest court upheld a state request to lift a lower court order that had blocked prison workers from executing Matthew Reeves. The state said earlier that it was prepared to execute Reeves, 43, by lethal injection at Holman Prison if notified to proceed. The execution was originally scheduled at 6 p.m. CST.

Reeves was convicted of killing a driver who gave him a ride in 1996. Reeves claimed the state failed to help him understand a form that would have let him choose a new execution method involving nitrogen, but the state argued he wasn’t so disabled that he couldn’t understand the choice.

A divided court agreed with the state’s bid to let the execution to proceed. Justice Amy Coney Barrett said she would deny the state’s request, while Justice Stephen Breyer, who just announced his retirement, and Justice Sonia Sotomayor joined with Justice Elena Kagan in a dissent that said the execution shouldn’t occur.

Reeves had visits and phone calls with his mother and sister during the day and was moved into a holding cell near the death chamber as he awaited the court decision, said deputy commissioner Jeffery Williams. Reeves also spoke with his lawyer by phone and declined a last meal, he said.

The state had previously asked the 11th U.S. Circuit Court of Appeals to lift a lower court injunction and allow the execution, but the panel on Wednesday had refused and said a judge didn’t abuse his discretion in ruling that the state couldn’t execute Reeves by any method other than nitrogen hypoxia, which has never been used. Alabama appealed that decision, sending the case to the Supreme Court.

Reeves was sentenced to die for the murder of Willie Johnson, who was killed by a shotgun blast to the neck during a robbery in Selma on Nov. 27, 1996, after picking up Reeves and others on the side of a rural highway.

After the dying man was robbed of $360, Reeves, then 18, went to a party where he danced and mimicked Johnson’s death convulsions, authorities said. A witness said Reeves’ hands were still stained with blood at the celebration, a court ruling said.

Matthew Reeves’ attorneys contended that an intellectual disability combined with the state’s inattention cost him a chance to avoid lethal injection and choose a new method of execution.

Matthew Reeves’ attorneys contended that an intellectual disability combined with the state’s inattention cost him a chance to avoid lethal injection and choose a new method of execution.

Stavros Lambrinidis, the European Union ambassador to the U.S., had sent a letter both condemning Johnson’s killing and asking Alabama Gov. Kay Ivey to block the execution because of Reeves’ intellectual disability claim. Ivey also has received a clemency bid from Reeves’ attorneys but released no decision.

While courts have upheld Reeves’ conviction, the last-minute fight to stop the execution involved his intellect, his rights under federal disability law and how the state planned to kill him.

Alabama switched from the electric chair to lethal injection after 2002, and in 2018 legislators approved the use of another method, nitrogen hypoxia, amid defense challenges to injections and shortages of chemicals needed for the procedure. The new hypoxia method, which hasn’t been used in the U.S., would cause death by replacing oxygen that the inmate breathes with nitrogen.

Alabama inmates had a chance to sign a form choosing either lethal injection or nitrogen hypoxia as an execution method in 2018 after legislators approved the use of nitrogen. But Reeves was among the inmates who didn’t fill out the form stating a preference.

A poor reader, Reeves is intellectually disabled and wasn’t capable of making such a decision without assistance that should have been provided under the American With Disabilities Act, his lawyers argued. A prison worker who gave Reeves a form didn’t offer aid to help him understand, they said.

With Reeves contending he would have chosen nitrogen hypoxia over a “torturous” lethal injection had he comprehended the form, the defense filed suit asking a court to halt the lethal injection. U.S. District Judge R. Austin Huffaker, Jr. blocked execution plans, ruling that Reeves had a good chance of winning the claim under the disabilities law.

A defense expert concluded Reeves reads at a first grade level and has the language competency of someone as young as 4, but the state disagreed that Reeves had a disability that would prevent him from understanding his options.

An Alabama inmate who was put to death by lethal injection last year, Willie B. Smith, unsuccessfully raised claims about being intellectually unable to make the choice for nitrogen hypoxia.