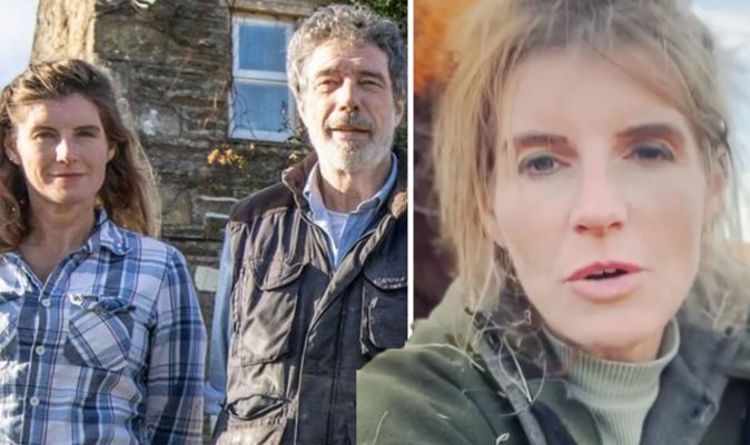 The Our Yorkshire Farm stars seemingly didn’t take much time out to rest on Christmas Day, as Amanda took to Twitter to document their busy schedule.

The television personality revealed in view of her 186,000 followers that Nancy had “swallowed a biro”.

Although Amanda was quick to clarify that her daughter was “fine; just spitting ink”, many of her fans were quick to express their concerns for the youngster in the comments section of her tweet.

PiglitV replied: “I hope Nancy is alright. Sounds eventful but fun. My boys had to try the ponies’ salt lick too.”

Janet Barton commented: “Hope you and Clive are sitting down to a well deserved enjoyable a glass of wine or two.”

Amanda and her family rose to fame by documenting their life on their Channel 5 fly-on-the-wall series Our Yorkshire Farm.

The shepherdess recently said she has “no regrets” about letting viewers into their lives.

She told the Yorkshire Post: “I think it is important that people see the reality of living on a farm.

“We are just a normal family dealing with everything life throws at us and the programme is life as it’s happening, whether there’s someone filming it or not and that’s what keeps everybody grounded.

“It is hard work being a farmer and I will do everything it takes to provide for my family and that means having a lot of fingers in a lot of pies in order to make a living.