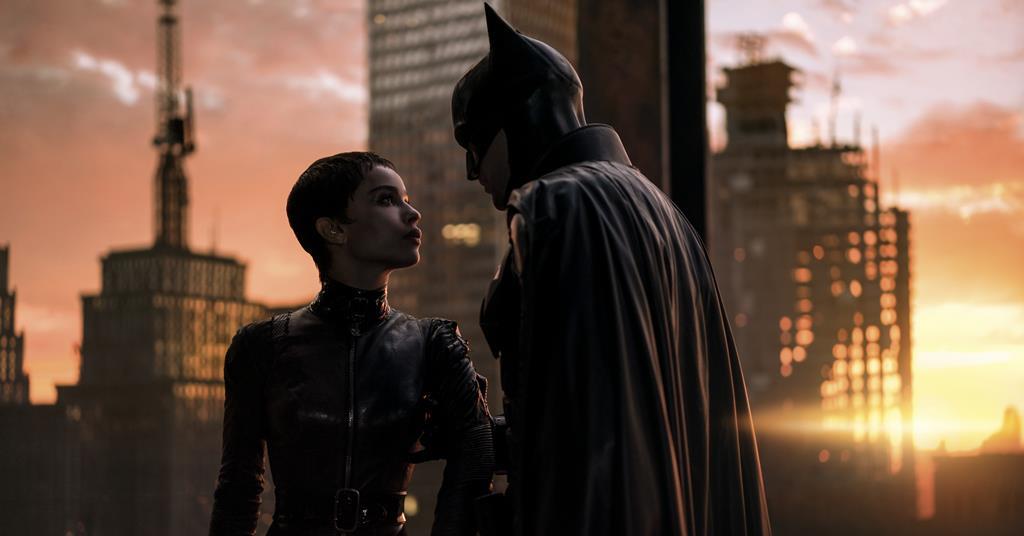 An epic crime saga which more than justifies its epic length, The Batman is an absorbing, visually arresting exploration of a character so well-known to filmgoers that a new iteration would hardly seem necessary. And yet, director and co-writer Matt Reeves has produced a portrait of The Dark Knight which is moodier and more mythic than Christopher Nolan’s trilogy, while Robert Pattinson gives us a Bruce Wayne who is vulnerable and uncertain. Stretching to nearly three hours, this sombre picture wrestles with weighty themes and operatic emotions, occasionally faltering but always aspiring to a grandeur few of its superhero-cinema contemporaries can match.

Warner Bros. releases the Caped Crusader reboot in the UK and US on March 4, representing the first standalone Batman adventure since 2012’s The Dark Knight Rises, with anticipation sky-high after Ben Affleck’s unsuccessful years in the role for Zack Snyder’s DC films. Pattinson hasn’t been part of a blockbuster since the Twilight series, but the iconic character will be the main draw — as will, presumably, glowing reviews.

When we meet Bruce Wayne (Pattinson), he is a withdrawn young man who has been patrolling crime-ridden Gotham City as The Batman for two years. But when a shadowy figure calling himself The Riddler (Paul Dano) starts murdering the city’s top officials, Batman teams up with his loyal butler Alfred (Andy Serkis) and police lieutenant James Gordon (Jeffrey Wright) to figure out Riddler’s next victim and unravel the secret he claims to know about Gotham’s power elite.

Reeves, who directed the final two instalments of the Planet Of The Apes series, returns Batman to his comic-book roots as a master detective, resulting in a film that’s as much a noir as a superhero story. Zoë Kravitz serves as The Batman’s femme fatale-like character, playing Selina Kyle, who works in a nightclub frequented by The Penguin (Colin Farrell) and Carmine Falcone (John Turturro), Gotham’s reigning crime lord. With each murder, Riddler leaves Batman clues to a darker conspiracy at play, forcing him to match wits with this evil genius while at the same time confronting his own tragic past.

Oscar-nominated cinematographer Greig Fraser gives The Batman a gloriously inky, smudgy look, draping the proceedings in shadows and low light. Alongside Michael Giacchino’s minimalist, doom-laden score, Fraser’s lensing suggests the oversized emotions of graphic novels without their cartoonish excesses, and James Chinlund’s production design conjures up a decaying metropolis which is crumbling due to corruption and hopelessness. The Batman wouldn’t be described as an action-heavy affair, but when Reeves crafts a set piece — most memorably, a thrilling car chase involving Batman and Penguin through thick rain and heavy traffic — there’s a dream-like intensity to the images, but also an emphasis on realism rather than outlandish spectacle.

Pattinson is the sixth actor to play Batman in a live-action film in the last 33 years, and he acquits himself well, giving the character a sullen soulfulness. The Batman accentuates its protagonist’s fragility — unlike most superheroes, Bruce doesn’t have powers — and we’re frequently reminded that being a crime-fighter is still a relatively new role for him, leading to refreshing moments of self-doubt and anxiety. Pattinson’s chemistry with Kravitz is seductive, although it’s disappointing that the story too often sidelines Selina, slightly undercutting the romantic stakes as the film reaches its conclusion.

This carefully-paced picture is so immaculately composed, filled with strong performances from its supporting cast and stellar makeup work which transforms Farrell into the rotund Penguin, that it’s a pleasure to savour each beautifully constructed frame. As much as is possible considering all the Dark Knight films that came before, The Batman feels like its own creation, not beholden to past instalments while still honouring what remains riveting about this character’s milieu. Along those lines, Dano can’t possibly hope to match the inspired menace of Heath Ledger’s Joker, but his take on another infamous Batman villain is appreciably unsettling in its own way.

Admittedly, The Batman’s script isn’t as flawless as the film’s technical achievements. Perhaps inevitably, Reeves repeats themes from earlier Batman pictures — specifically, the burden placed on Bruce to save Gotham — and some of the plot twists aren’t particularly shocking. But the periodic narrative lapses never fully derail such a bold, bleak vision of a solitary crime-fighter overwhelmed by his demons and the forces of evil surrounding him. There will be those who wonder why we need another Batman film. The Batman persuasively makes the case for our continued fascination with The Caped Crusader.