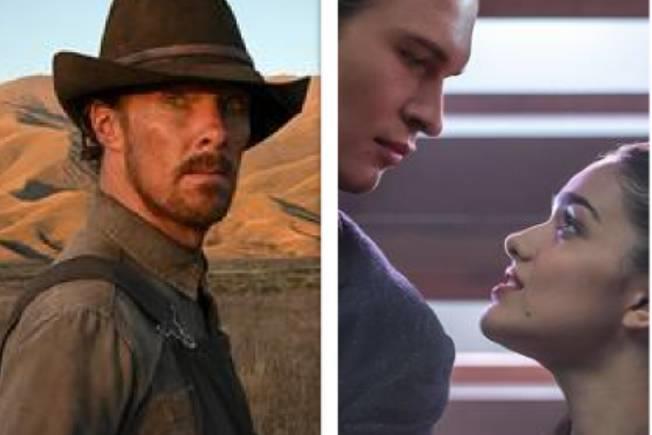 The Power Of The Dog, West Side Story and historic trans actress Michaela Jaé Rodriguez won top awards at the boycotted 79th Golden Globes in Los Angeles on Sunday which took place at the traditional Beverly Hilton venue but otherwise played out under drastically different circumstances to previous years.

Despite no live NBC broadcast, red carpet, celebrities, attending press or live-stream the beleaguered Hollywood Foreign Press Association (HFPA) went ahead with its January 9 ceremony behind closed doors at the storied Beverly Hills hotel and announced results on social media.

This was no pandemic precaution, rather the result of a collective industry cold shoulder stemming from an excoriating Los Angeles Times report last February that has – for now at least – turned the group of roughly 100 Los Angeles-based international entertainment correspondents into something of a pariah on the Hollywood awards circuit.

And so wins were announced without public fanfare on Twitter for director Jane Campion, actors Will Smith and Nicole Kidman, screenwriter Kenneth Branagh, Colombia-set animation Encanto and Japan’s Drive My Car, plus from television The Underground Railroad, Kate Winslet and Jeremy Strong. In television, Pose star Rodriguez won the dramatic actress category and in so doing became the first trans actress to win a Globe.

HFPA president Helen Hoehne and executives from non-profits and an obliging production company declared winners in a trickle of information that deployed enthusiastic language but, away from whatever atmosphere existed within the Beverly Hilton, played out in silence as a perfunctory roll call.

Announcements were interspersed with nods to the group’s philanthropic work. Previous Globe winners Arnold Schwarzenegger and Jamie Lee Curtis provided recorded messages of support, and there were shout-outs to beneficiaries like non-profit Streetlights, which provides behind-the-camera training for people from ethnic minorities. Kicking off the ceremony at 6pm PT local time Hoehne tweeted, “The #GoldenGlobes are a bridge to a world audience of many colors, many faiths, and many cultures, all united with the same passion – a love of movies.”

Where the HFPA goes from here remains to be seen. Following accusations over diversity and ethics in the Times exposé the group initiated a top-to-bottom internal review of membership and operations. Some in the industry say the changes are too little too late, while others believe the group is capable of a meaningful course correct and will return, although nobody can say in what form or when.

The Times report led to an outcry from Hollywood as studios gave the group a wide berth and more than 100 powerful publicists declared they would not re-engage until they saw “transformational” change. NBC dropped the live broadcast this year, along with the $60m fee it pays the show producer for the rights (HFPA receives half). One unconfirmed report on Sunday said the network has extended its contract with producer MRC by a year, suggesting a make-up for this cycle of no broadcast no fee.

Awards pundits have discussed for years whether and how the Globes exerts influence on awards season. This year the HFPA’s influence was arguably minimal as attention has been sparse save to dwell on the damning headlines. Tom Cruise returned his three Globes and insiders opined the absence of the Globes as the boisterous, populist force of old would have little impact on the season. Indeed for most of Sunday the entertainment press gave far more prominence to the death at 65 of stand-up comic and actor Bob Saget.

Belfast and The Power Of The Dog started the night on seven nominations apiece, followed by Don’t Look Up, King Richard, Licorice Pizza and West Side Story follow on four each. Succession led the TV nominees on five.

Winners of the 2022 Golden Globes appear below in bold.

Best Performance By An Actress In A Motion Picture – Drama

Best Performance By An Actor In A Motion Picture – Drama

Best Performance By An Actress In A Television Series – Drama

Best Performance By An Actor In A Television Series – Drama

Best Performance By An Actress In A Limited Series, Anthology Series, Or A Motion Picture Made For Television

Best Performance By An Actor In A Limited Series, Anthology Series, Or A Motion Picture Made For Television

Best Performance By An Actress In A Supporting Role On Television

Best Performance By An Actor In A Supporting Role On Televisio