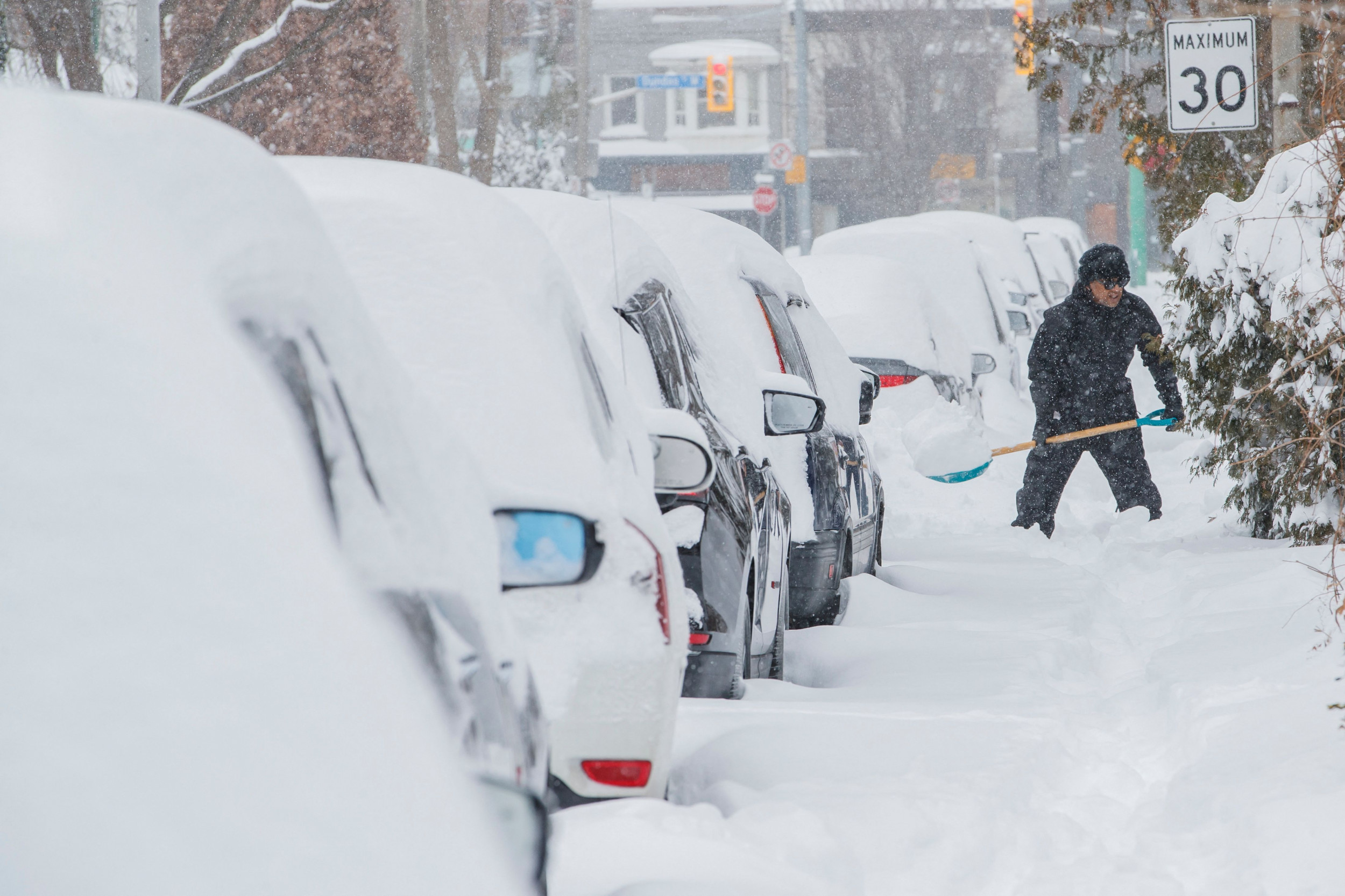 A woman filmed a video that she sent to her boss showing the major snow accumulation she was up against while trying to dig her car out to get to work.

“Ash, I’m not going to lie, I don’t know if I can even back my car out because the snow is up to the door,” Smith says in the video. “But, I am trying. But this is really bad.”

According to the footage, the snow had piled about halfway up Smith’s car as flakes swirled around the camera. Her caption stated that the video was an update she provided her boss at 4:30 in the morning.

Smith wrote in the comments section that she lives in the northeast region of Ohio.

Newsweek previously reported that winter storm warnings and winter weather advisories were in effect for parts of northern Ohio.

The National Weather Service (NWS) noted that travel conditions were hazardous and urged people to stay off of the roads if there was no need to travel. The agency expected between 4 and 7 inches of snowfall in the warning area.

Snow emergencies were declared in several counties throughout the state.

Meanwhile, some TikTok commenters joked about bosses who expected employees to arrive at work despite dangerous conditions.

“And Ash said, ‘ok get there when you can, drive safe,'” Lisa wrote.

Other users shared their frustrations about expectations for employees to travel in hazardous weather, some sharing their own experiences.

“I had a job interview during a blizzard and they told me ‘we have other candidates still willing to come in’ and cancelled my interview,” Ms. Boochie claimed in her comment.

Jillian Elizabeth remarked that it was not worth driving to work.

“Ask your boss to get you if it’s that urgent. Recently learned totaling my car on black ice was not worth the 60$ I made a day,” the TikTok user wrote.

“The fact that we literally show proof that things are too unsafe to get to work,” said a commenter with the username of ‘palm.’

Some pointed out that even if Smith managed to dig her car out of the snow, the roads were likely to be too dangerous to drive on.

“Your road isn’t clear,” monochromedaydream commented. “Just [cuz] you dig out your car doesn’t get you anywhere.”

Though some commenters worried about her safety, Smith assured them she ultimately did not go into work.

One user asked Smith how her boss responded to the video.

“She couldn’t get out herself and offered me a ride if she could get it, then shortly after our work closed for weather,” Smith explained.

Newsweek reached out to Smith for comment but did not hear back in time for publication.