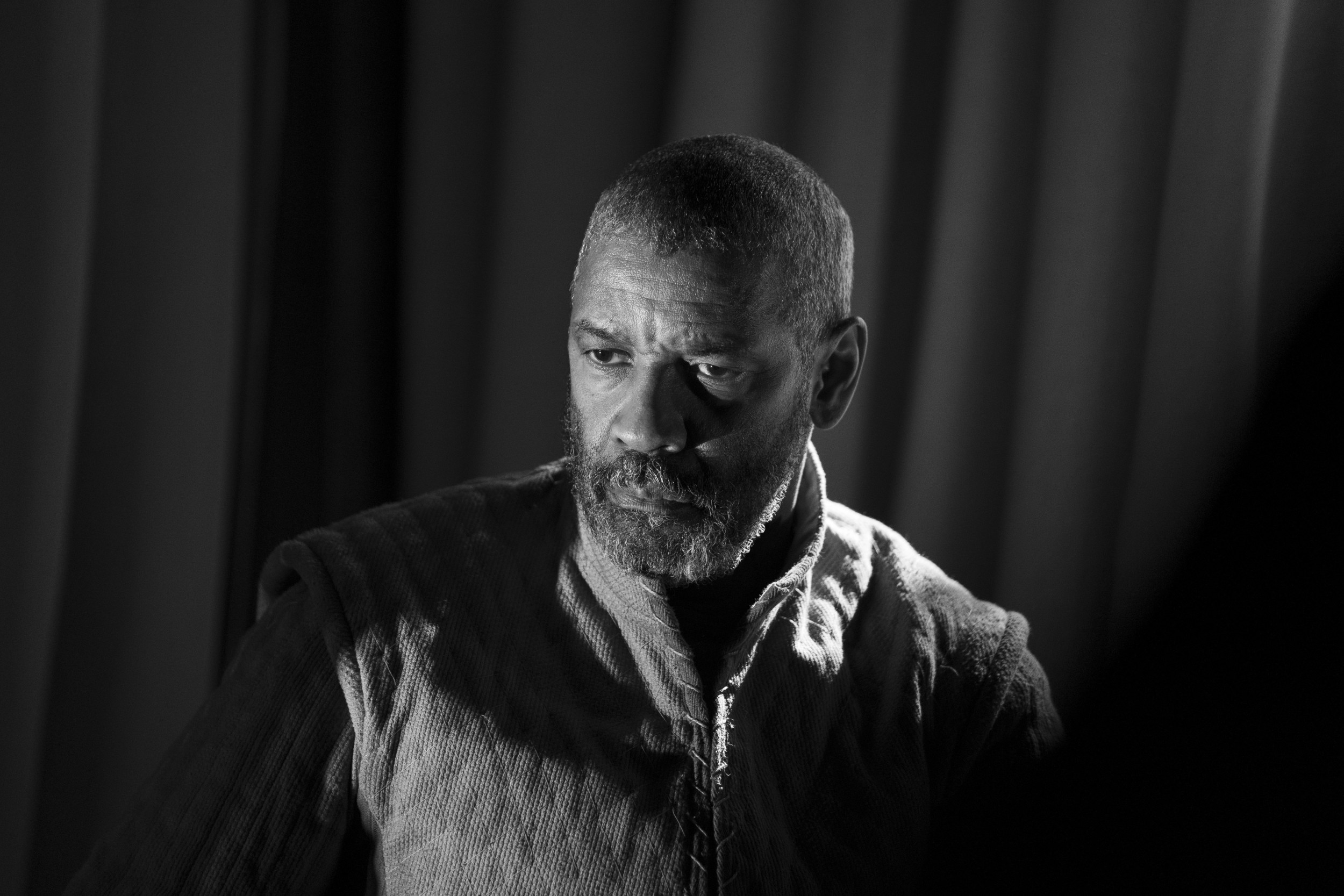 The Tragedy of Macbeth is set to be released on Apple TV+ on January 14, 2022, with the film receiving a limited theatrical release from Christmas Day.

It is shot entirely in black and white with the actors working on sound stages rather than filming on location in Scotland, as was originally planned.

The film’s cinematographer Bruno Delbonnel spoke with Newsweek about why he and Coen chose to shoot the play adaptation like this.

Filming ‘The Tragedy of Macbeth’ in Black and White

Looking back, Delbonnel said he and Coen felt it was an “obvious” thing to do when the director had decided—because of the COVID pandemic—to shoot the film on sound stages.

He said: “When we first discuss[ed] it with Joel it was kind of obvious, I mean when we decided not to shoot in Skye in Scotland, which was Joel’s decision, everything [was going to be] on stage.

“So, it raised the question of, what are we going to build? And what is it going to be? And suddenly black-and-white became obvious because then people don’t relate to anything, any colors or [anything], the wall are just walls.”

He added that his decision to use light to switch between night and day with ease was because of the vagueness of the play.

“It’s never clear if it’s day or night, or anything like that,” Delbonnel explained. “And as the movie started it’s like we were looking up but, in fact, we’re looking down so Joel wanted to play with this kind of ambiguity.

“And suddenly black-and-white was a perfect tool, and the moving light was helping to go from night to day, or day to night, in a single shot and playing with that.”

On the Importance of Playing With Light

Delbonnel approaches cinematography like it’s a musical score, and with The Tragedy of Macbeth this meant playing with the concepts of light and dark, though he didn’t go too “deep” into how this represented Macbeth and his wife’s journey of deceit and murder.

When asked if the use of light and dark represented the main characters’ plight, he admitted: “I mean as a cinematographer I don’t go this deep. It’s more about trying to build a score, as if it was a musical score.

“So, in the beginning it’s all grey, there’s no black, there is no white, and then that’s when everything shifts into night. It’s then black and white, and there is less grey.

“I was kind of trying to follow the musicality of the language, which, by the way, I had a hard time to understand!

“Sometimes I said ‘Joel, I leave it to you because it’s far from my understanding of English.’ But it was trying to build some kind of musicality with the images and the light, being darker sometimes, or sometimes shadowy or [adding] contrast, and then suddenly being grey and soft.”

The French cinematographer previously worked with Coen and his brother Ethan on Inside Llewyn Davis, and the fact this was Coen’s first directorial effort without his brother meant they were able to collaborate more, he said.

Delbonnel describes the Coen brothers as “a pair, a single person divided,” which is something that made them “easy” to work with, but, even without Ethan, it was much the same on The Tragedy of Macbeth.

The cinematographer explained: “On Macbeth it was easy as well, but much more [collaborative].

“We went further in our collaboration on Macbeth because Ethan was not there, so all the questions he would have asked Ethan he asked me. I had the privilege to be included because I’m not as bright or as intelligent as Ethan.”

The Tragedy of Macbeth is out in theaters in the U.S. on Saturday, December 25, and it will be released on Apple TV+ on Friday, January 14.