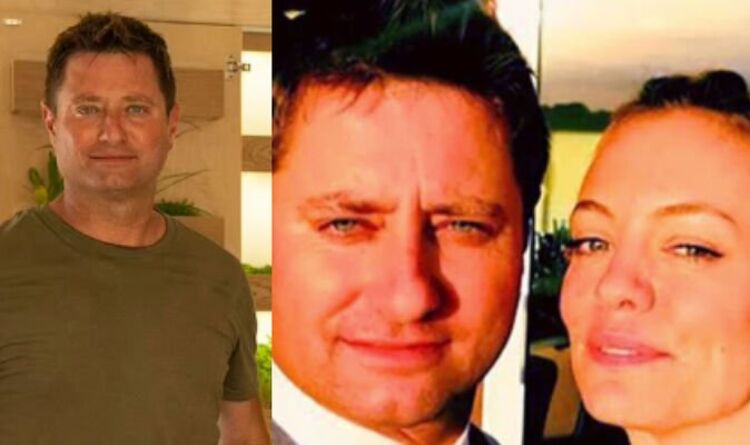 George Clarke has split from his wife of four years, Katie Morgan, according to reports. They tied the knot in Ibiza in 2018.

Following the news of their breakup, the pair have put their countryside bungalow on the market for £870,000, according to The Sun.

George, 47, and Katie, 42, had been splitting their time between their homes in London and Gloucestershire.

At the end of last year, Katie shared some cryptic Instagram posts that suggested their relationship was in trouble.

In another upload, she said she had been through “the most bizarre and traumatic situation”.

She revealed she had spent lockdowns “isolated on [her] own” as well as “many, many other trials and tribulations, tears and ­revelations”.

In a post written last month during a holiday to the Bahamas, Katie penned: “Now to the future. After a weird couple of years …it’s time for change.”

The former couple had said their vows in a stunning beachside ceremony in September 2018.

The Express has contacted a representative for George for comment.

He was previously married to Australian female animator and art director Catriona Drummond in 2009, who he met in the early 2000s after he did some work for Catriona’s brother, Swiggy.

Swiggy sadly died from cancer before he had the chance to carry the Olympic torch in 2012, so George touchingly carried it for him in tribute.

Asked what his favourite thing to do was when he was still married to Catriona, George replied: “Going home to see my wife and our children.”

Talking about the most romantic thing he had ever done, George revealed he had once taken Catriona to Rome and splashed out on expensive jewellery.

“I pretended I needed to go off alone to buy some new sunglasses, and instead, on a whim, I went into the Cartier shop,” he said.

“I remember saying to the shop assistant, ‘I need to buy some diamonds.’

“And wow, do they give you the royal treatment. I was slightly scared. They’re all in these white gloves and they take you upstairs to a private area.

“I bought her a necklace and some earrings. All the blokes in the couples we’d made friends with at the hotel were really annoyed. They were like, ‘Thanks. We’re going to have to do that now!’”

But George’s “hectic” work schedule made their marriage difficult, and they announced in 2013 that they had gone their separate ways.

In a statement at the time, George said: “We have been married quite a long time and decided to part. We have separate custody of the kids and are going through an amicable separation and divorce.”