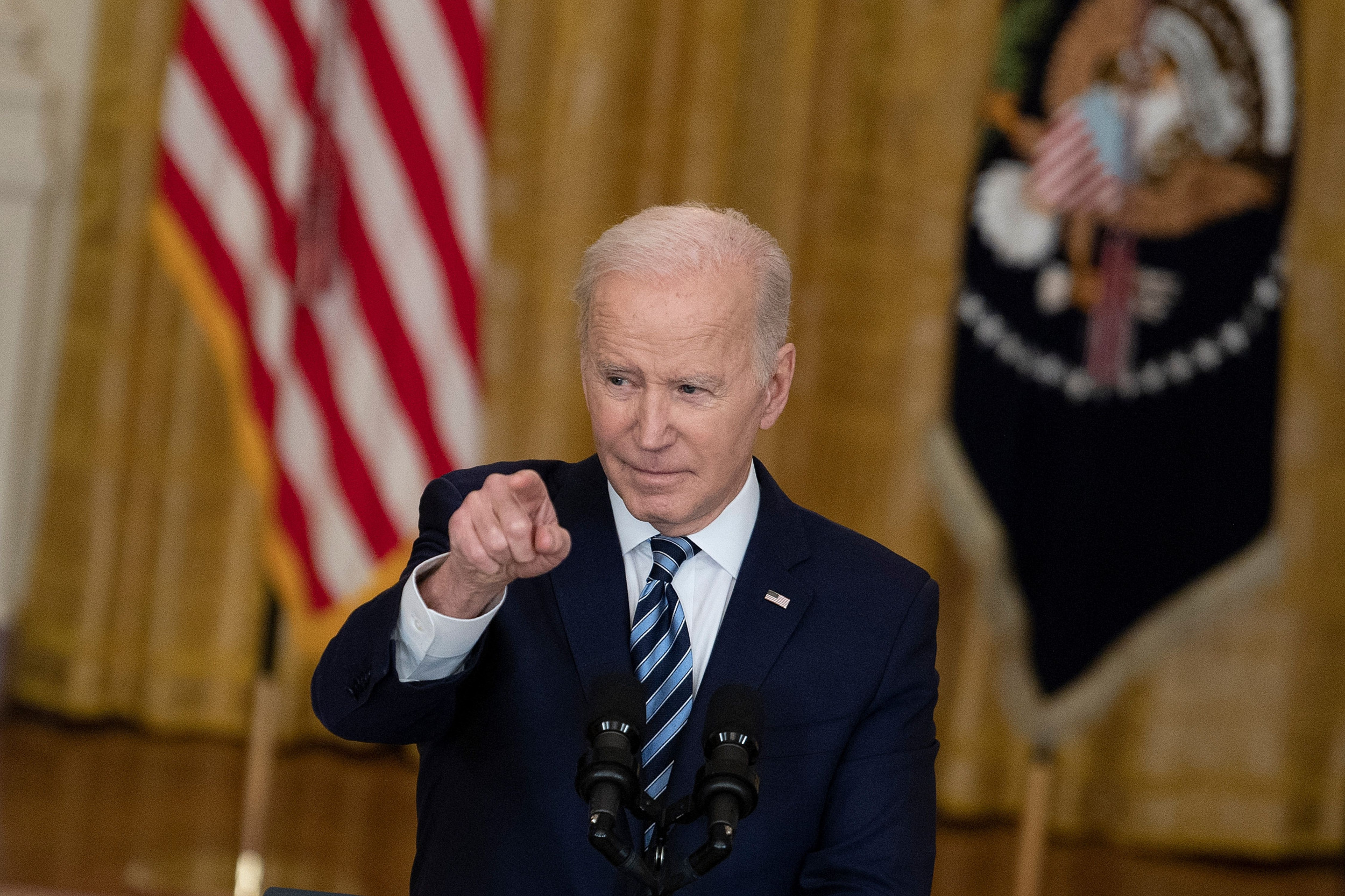 On Tuesday night, President Joe Biden will stand before a joint session of Congress—and the nation—and give his first formal State of the Union address. While this is a constitutional responsibility and an annual tradition, it is also the unofficial kickoff to election season.

Tuesday’s address will likely be the largest audience Biden and the Democrats have all year to sell the successes of his first year in office and define what’s at stake. And despite the popular media narrative out there, Biden and congressional Democrats have a lot to sell.

Since Biden and the Democrats took control, more Americans are back at work, tens of millions of children are more financially secure and the country is on a stronger path to getting through the COVID pandemic. More than 6.6 million jobs have been created—more than the first three years of President Donald Trump‘s presidency combined, and the strongest first-year job gains of any president since the government started collecting data in 1939. The unemployment rate experienced the fastest one-year drop in history, and wages have risen over 5.7 percent.

Thanks to Biden and the Democrats, most Americans received a $1,400 stimulus check, and families across the country received increased child tax credit checks, reducing child poverty by over 40 percent. And in one of the largest-ever public health undertakings in the nation’s history, more than 253 million people have received at least one dose of the COVID-19 vaccine, and over 95 percent of the nation’s public schools are open for in-person learning full-time, up from 46 percent when Donald Trump left office.

Abroad, under Biden and the Democrats’ leadership, the United States has reentered the Paris climate accord, ended the nation’s longest war, reengaged allies around the world and led with diplomacy.

This is quite remarkable considering the chaos and madness Biden inherited from the Trump administration.

Biden and the Democrats accomplished all of this with virtually no Republican support. And if they win in November, Republicans will work around the clock to undo nearly all the success of the last year.

Which is why, in addition to selling the numerous accomplishments of the first year of Washington’s Democratic control, President Biden and Democrats must hold nothing back when it comes to defining the Republican Party ahead of the midterms.

The Republican Party had no platform in 2020 and has already told voters that it will not outline their agenda ahead of the 2022 election. It is a party where Marjorie Taylor Greene, Lauren Boebert, Jim Jordan, Matt Gaetz, Ted Cruz and Ron Johnson are not extreme outsiders but rather the core of who the party is and where it wants to go.

If the Republican Party wins in November, we can expect them to double down and much worse. You can bet every dollar you have that Jim Jordan, who is in line to become chair of the House Judiciary Committee, will try to impeach Joe Biden. A Republican majority will end the Jan. 6 committee and will kick Democrats off committees for no reason whatsoever. All the while, a Speaker Kevin McCarthy will seek to undermine the economic progress that has been made, while a Majority Leader Mitch McConnell will grind the Senate to a halt.

A Republican win in November will hand the power of Congress over to the Fox News daily manufactured outrage machine and allow Donald Trump to pull the levers of power from the sun patio at Mar-a-Lago.

When Donald Trump and Republicans left office in January 2020, they left a shattered country: a nation recovering from a deadly coup attempt, an economy stumbling and not working for most, a pandemic that had been grossly and tragically mismanaged and a deeply divided nation.

The recovery that Joe Biden and the Democrats have led has been remarkable and historic, particularly when considering the deep hole they started in. The economic numbers don’t lie.

Now, Democrats must use the platform of the State of the Union and every day after to sell their wins and connect them to voters’ core economic concerns around inflation, job creation, COVID and lowering costs for families. They must show how their policy wins are working and improving people’s lives, and they must make it clear that they are just getting started.

Democrats must make this election a choice. A choice between the progress Democrats have delivered and handing the reins of power in Congress back to a party that has demonstrated no interest in making government work for the people. A choice exists between continuing to move forward, or going back to the chaos and incompetence of the last time Republicans had control in Washington.

Yes, historic trends are against Democrats in this election. But history doesn’t have to repeat itself. With smart and aggressive messaging and campaigning, Democrats can keep their majorities. And it all starts with the State of the Union.

Rahna Epting is executive director of MoveOn. MoveOn is one of the nation’s largest political organizations with millions of members.