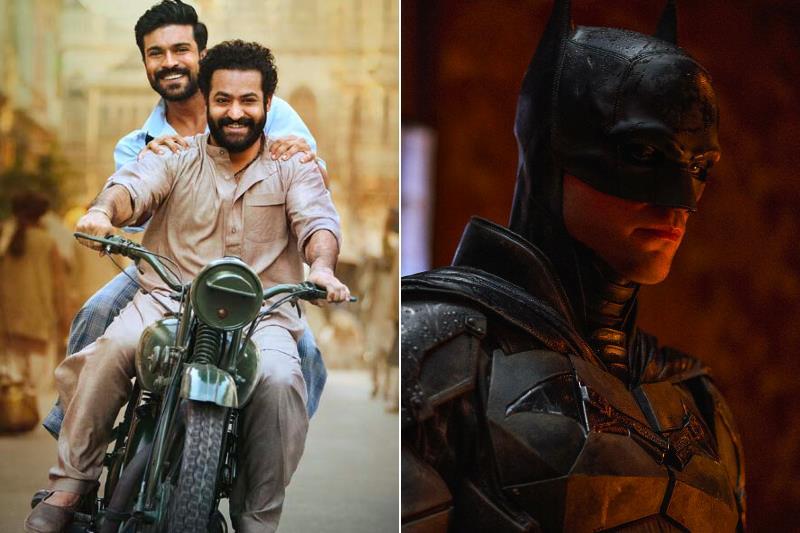 Dreamz Entertainment’s action drama RRR started in third place at the UK-Ireland box office this weekend, recording the highest opening weekend for an Indian film in the past two years.

Directed by S.S. Rajamouli, RRR  is a fictional story of two revolutionaries who journey away from home before fighting for their country in the 1920s, has £650,204 in total. The film was made in the Telugu language, of which the cinema industry is known as Tollywood; Dreamz also made versions available in Indian languages of Tamil, Hindi, Malayalam and Kannada in the UK and Ireland.

RRR was a rare bright spot in a flat weekend for the box office, caused both by sunny weather across much of the country and a lack of new titles.

The Batman held top spot for a fourth consecutive weekend, dropping just over 50% with £1.7m taking it to a £35.6m total.

Takings for the top five were at £3.2m – down 40.7% on the previous weekend’s £5.4m. Exhibitors will be looking for next weekend’s Morbius, Sonic The Hedgehog 2 and The Bad Guys for a revival.

On the weekend when writer-director Kenneth Branagh won the Oscar for best original screenplay, Belfast added £53,884 – a fall of just 14.7%, an excellent result in the context of the weekend. It now has £15.2m, solidifying its position as the highest-grossing black and white film of all time in the UK and Ireland.

Spider-Man: No Way Home continues to inch towards No Time To Die’s spot as the third-highest-grossing film of all time in the territory. The Sony-Marvel blockbuster added £44,900 to reach £96.3m; it needs another £500,000 to overthrow James Bond, which it will look to take before the DVD, Blu-ray and 4K HD release on April 4.

Released by 606 Distribution, preview bookings continue for Elie Grappe’s Swiss-French drama Olga, about a Ukrainian gymnast, with proceeds going to charities supporting the Ukraine relief effort. The film added £6,529 this weekend and is at £28,851 in total, and will have played 465 cinemas by the end of its preview run. The full release is on June 3 this summer.

Having played well for its first four weeks, Pathe’s The Duke experienced a sharp drop, falling 97.5% on its previous session with £5,651 taking it to £4.8m total.

Signature Entertainment’s Korean title Escape From Mogadishu opened to £666 from two locations, and has £3,936 including previews.