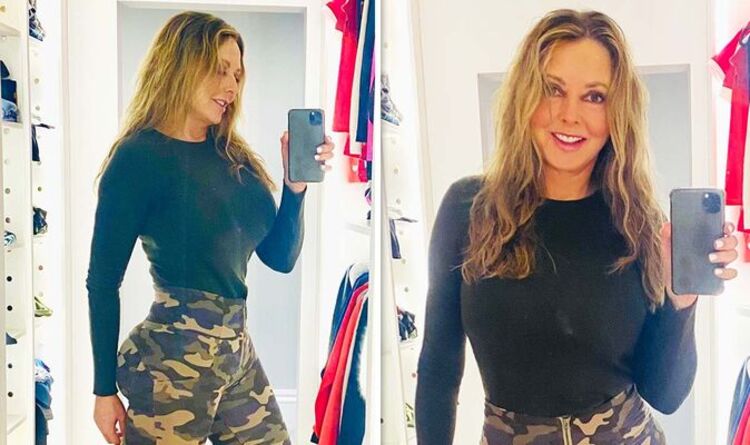 Carol Vorderman has asked fans whether her outfit was “too much” as she arrived at BBC Wales’ headquarters in Cardiff. The presenter donned a pair of tightly fitting camouflage leggings paired with a black bodysuit and black heeled boots.

Carol shielded from the cold in a matching camouflage coat with a fur trim.

Sharing photos to her 480,000 Twitter followers, the mathematician joked: “Where’s Carol? A touch too much camo?”

Dozens of users flocked to the comments to compliment Carol on her ageless beauty.

Vanessa Feltz said: “It takes more than camouflage for you to fade into the background!”

While Andy echoed: “Stunningly beautiful photographs. You are pure class.”

And Karl complimented: “Never too much Carol, looking great as always.”

Via her Instagram story, Carol also gave fans an insight into how she achieves her enviable figure.

Earlier this month, Carol was forced to hit back at critics after they questioned her appearance.

The Countdown legend was left rolling her eyes at those who made “outrageous” comments on the way she looks.

“‘Carol, why don’t you brush your hair for once?’

“How outrageous… I brushed it last Friday.

“Some people,” she finished with rolling eyes and laughing

In the caption, the TV star added: “Honestly some people. I’ve brushed it ENOUGH.”