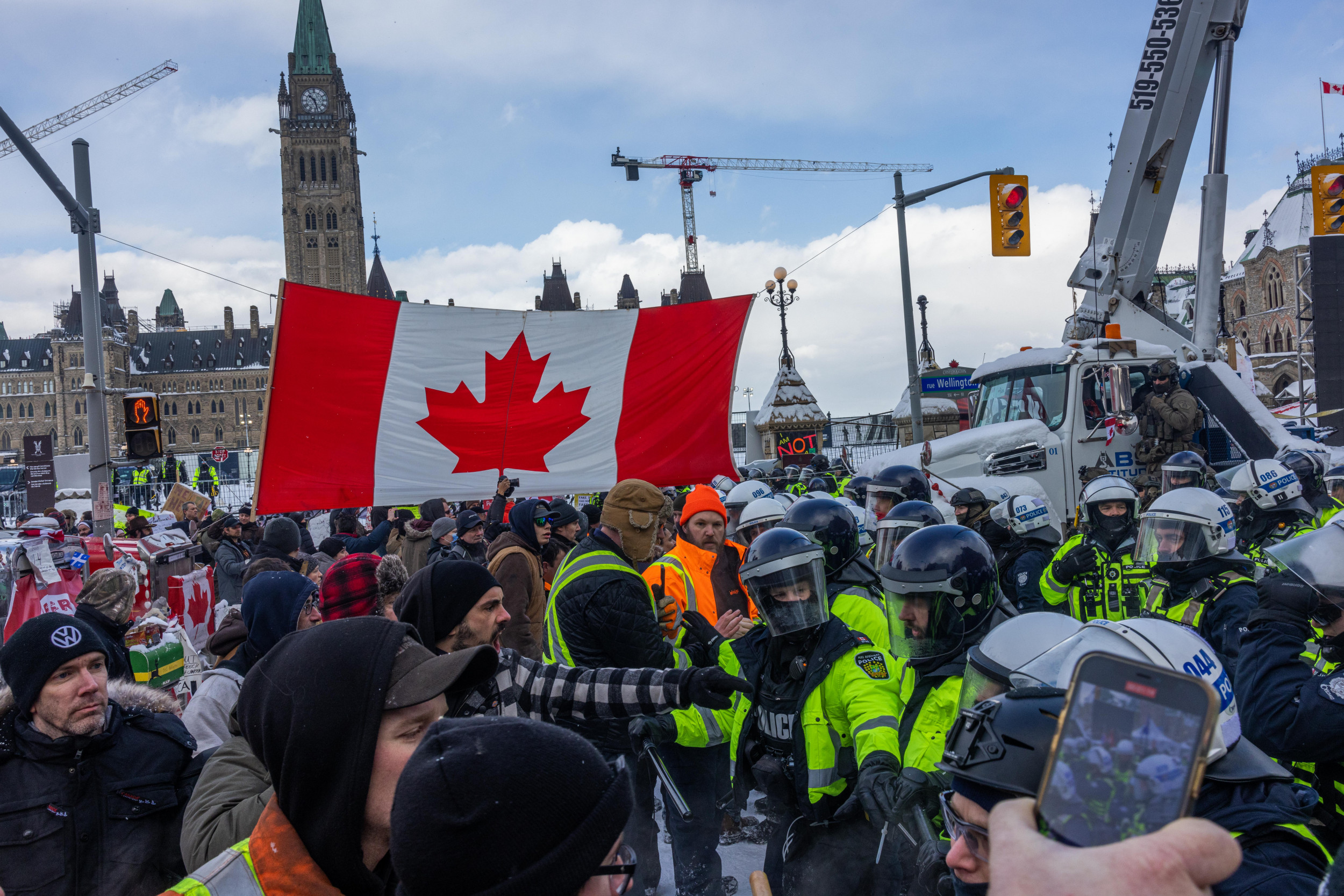 Protesters who are part of the “Freedom Convoy” in Ottawa, Canada, harassed a TV news crew on Saturday, according to one reporter’s account of the incident.

“I was doing a live hit with @MSNBC this afternoon when our crew was mobbed,” CTV National News journalist Glen McGregor tweeted on Saturday. “One guy actually spit at us, others called us Nazis. MSNBC had to cut it off almost after it began. Then they chased us down the street to our bureau.”

The journalist appeared in a segment with MSNBC host Yasmin Vossoughian while he was on the street. Vossoughian asked him if he thought it was the end of the demonstrations as she pointed out the scene of protestors who were gathered behind him.

“This is a feature of these demonstrations, Yasmin, that we haven’t seen in Canada a whole lot. I know the MAGA movement in the United States, we’ve seen a lot of this kind of thing,” McGregor said.

“But protesters, now they see their occupation of the city coming to an end after three weeks, increasingly turning their anger against journalists. Seeing a lot of our colleagues up here covering these protests being harassed, screamed at, as you can hear here,” he continued.

During the clip that the journalist posted on Twitter, which was part of the MSNBC segment, protestors can be seen gathered around the TV crew. Some demonstrators were yelling phrases against the media while others can be heard yelling “freedom.”

Some could be heard yelling insults making McGregor pause a few times during his report. This included one instance when he was telling the MSNBC host that people are united and protesting in Ottawa because of “the way they feel about the media and they are venting it loudly.”

As McGregor finished that last sentence one protestor can be heard shouting at the news crew “F****** liars!” and “get a real f****** job.” Another protestor said, “The media is the virus.”

On Saturday, police deployed stun grenades and pepper spray to disperse crowds gathered outside the Canadian parliament building and the prime minister’s office. Police also used loudspeakers to call for protestors to leave. On Friday, around 100 people were arrested as authorities cleared out part of the protest blockage.

The Ottawa police said on Twitter on Saturday that protestors remain “aggressive and assaultive on officers.”

“They are refusing to comply with the orders to move. You will have seen officers use a chemical irritant in an effort to stop the assaultive behavior and for officer safety,” the police said.

The police also confirmed that they haven’t used tear gas on the demonstrators.

“We told you to leave. We gave you time to leave. We were slow and methodical, yet you were assaultive and aggressive with officers and the horses. Based on your behavior, we are responding by including helmets and batons for our safety,” the Ottawa police said in another tweet Saturday morning.

Newsweek contacted Glen McGregor for comment, but has not heard back in time for publication.