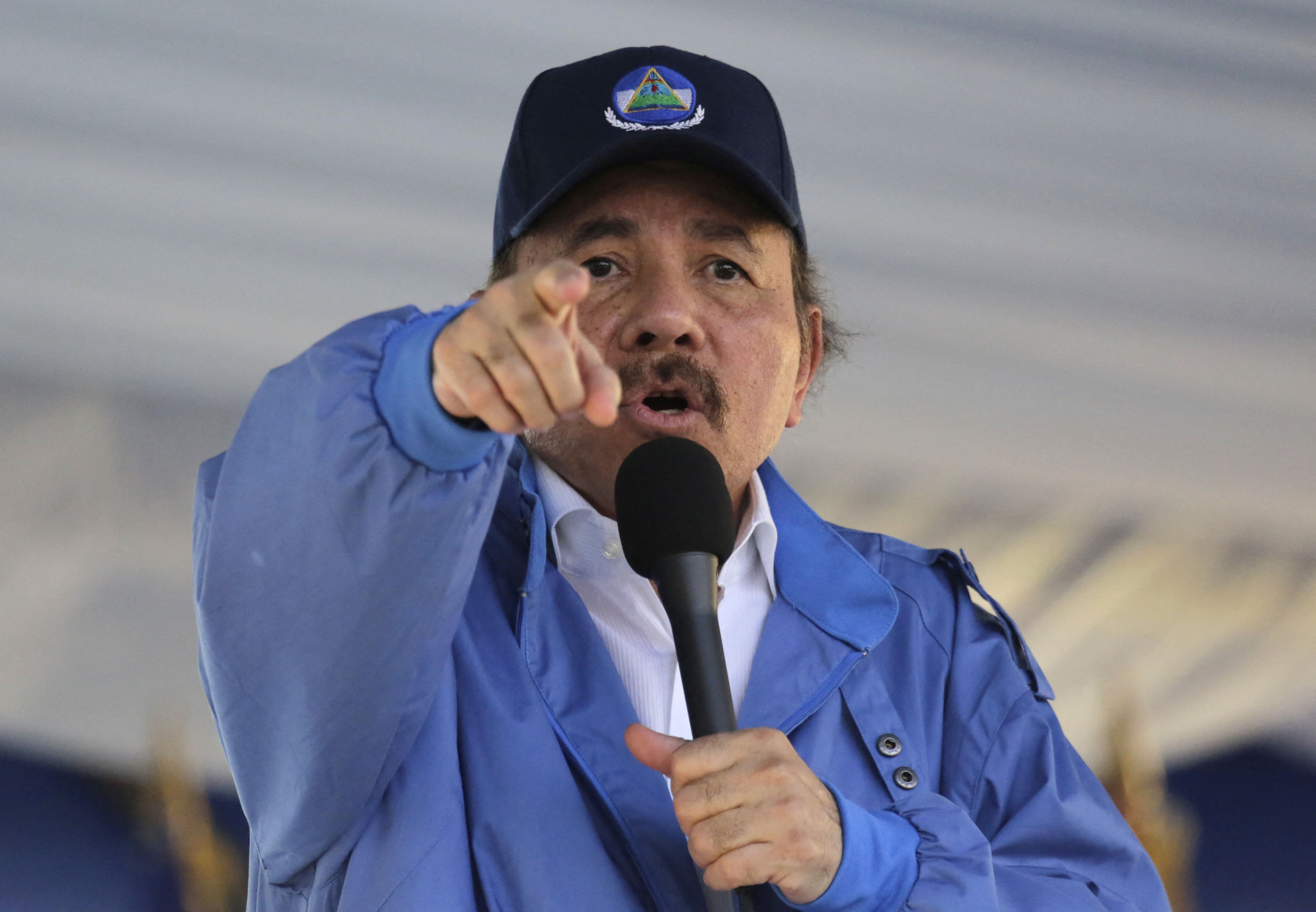 Additional sanctions were levied by the United States against dozens of Nicaraguan officials Monday over the nation’s November election, on the same day as the scheduled inauguration ceremony of President Daniel Ortega.

On November 7, Ortega was elected to a fourth term in an election that faced widespread criticism after seven potential opponents in the election were arrested in the months leading up to the election.

The Treasury and State Departments each announced sanctions Monday, hours before the 75-year-old Ortega was sworn in.

The State Department announced visa restrictions on 116 individuals involved with the Ortega administration, “including mayors, prosecutors, university administrators, as well as police, prison and military officials,” according to the Associated Press.

The U.S. assets of the nation’s defense minister and five other army, telecom and mining officials were frozen by the Treasury. Those officials join the list of dozens of others from Nicaragua that U.S. citizens are forbidden from conducting business dealings with.

“Since April 2018, the Ortega-Murillo regime has cracked down on political opposition and public demonstrations, leading to more than 300 deaths, 2,000 injuries, and the imprisonment of hundreds of political and civil society actors,” according to a Treasury Department statement. “More than 100,000 Nicaraguans have since fled the country.”

The State Department also said Nicaragua has at least 170 political prisoners in custody, with many receiving inadequate food and medical care.

After the Organization of American States voted to condemn the November elections, accusing them of not being “free, fair or transparent” and lacking democratic legitimacy, Ortega’s government has said it would withdraw from the organization.

“Ortega’s corrupt security and judicial system arrested these individuals for practicing independent journalism, working for civil society organizations, seeking to compete in elections, and publicly expressing an opinion contrary to government orthodoxy, among other activities considered normal in a free society,” the State Department wrote.

“President Ortega will inaugurate himself for a new presidential term today, but the pre-determined election he staged on November 7 does not provide him with a new democratic mandate,” according to the statement. “Only free and fair elections can do that.”

With all government institutions firmly within Ortega’s grasp and the opposition exiled, jailed or in hiding, the 75-year-old leader eroded what hope remained that the country could soon return to a democratic path. Instead, he appeared poised to test the international community’s resolve and continue thumbing his nose at their targeted sanctions and statements of disapproval.

The Ortega regime has been hit by rounds of condemnation and sanctions since the vote.

Twenty-five countries in the Americas voted in favor of the resolution, while seven—including Mexico—abstained. Only Nicaragua voted against it.

Ortega’s defiant stance has placed Latin American governments in the dilemma of deciding whether to send representatives to the inauguration ceremony.

The Mexican government, for example, flip-flopped Sunday and Monday on whether it would send anybody.

On Sunday, Mexico said it would send a mid-level foreign relations official, then said it wouldn’t. President Andrés Manuel López Obrador said Monday that he wasn’t sure, then corrected and said he would send the charge-d’affaires at the Mexican Embassy in Managua, Nicaragua.

The list of those expected to attend includes representatives from China, North Korea, Iran, Russia and Syria.