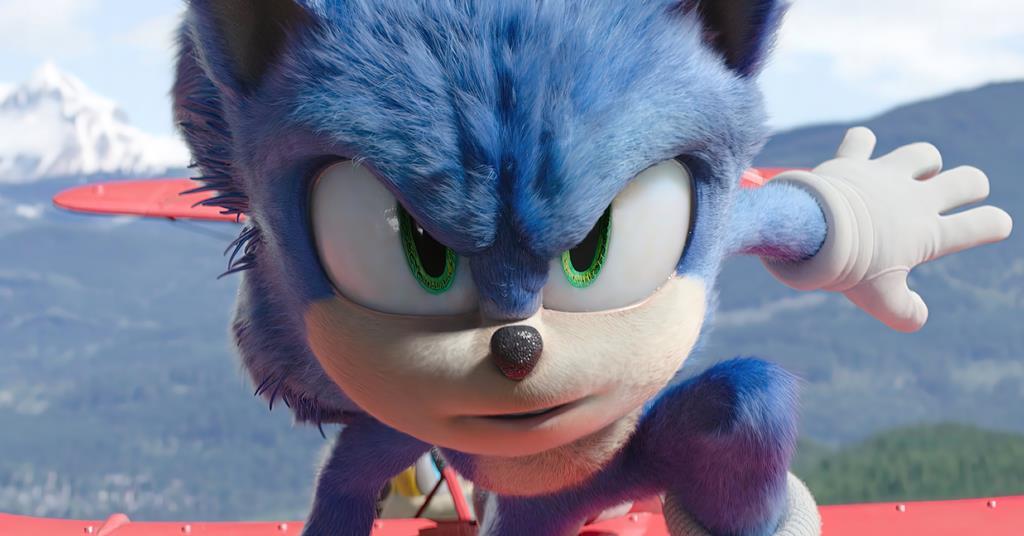 Twelve films make their debut in UK-Ireland cinemas this weekend, with sequel Sonic The Hedgehog 2 one of three wide releases looking to revive a flagging box office.

Paramount is opening Sonic 2 in 651 locations – a five percent increase on the 620 locations of 2020’s Sonic The Hedgehog.

That film opened to a substantial £4.7m in February 2020, topping the charts for two weeks. It played in cinemas for five weekends, reaching £19.3m; before its run was cut short by the closure of all UK-Ireland cinemas due to the pandemic.

The Sonic franchise is based on the eponymous Sega videogame character.

Films based on video games have had mixed success at the box office; a pre-existing fanbase can provide a ready-made audience, but differences in tone and style between the two mediums can also bring criticism.

Warner Bros scored a hit with Pokemon Detective Pikachu, which dislodged Avengers: Endgame from top spot with a £4.9m opening in May 2019. It ended on an impressive £13.6m.

There have been seven films based on the Resident Evil franchise, the highest-grossing of which is 2010’s Resident Evil: Afterlife 3D, which opened to £1.7m and ended on £4.8m.

Assassin’s Creed disappointed with a £1.9m opening and £8m final cume in January 2017.

Sony is conducing a long-delayed release for Marvel Entertainment blockbuster Morbius in 620 sites.

The story follows Dr. Michael Morbius, a biochemist who tries to cure himself of a rare blood disease, but inadvertently infects himself with a form of vampirism instead.

The most recent Marvel Comics adaptation, Sony’s Spider-Man: No Way Home, is still playing in cinemas, reaching £96.3m as of last weekend and chasing down No Time To Die’s £96.7m for third spot in the all-time chart.

Other recent Marvel adaptations include 2021’s Eternals  (£15.2m) and Venom: Let There Be Carnage (£18.2m). Sony will hope to approach those figures, although lukewarm reviews for Morbius may hold it back.

The third wide release of the weekend is Universal animation The Bad Guys, in 618 sites.

Based on Aaron Blabey’s children’s book series, the film follows a group of criminal animals who, upon being caught, pretend to reform themselves as model citizens.

Universal revealed a sneak look at the trailer at last year’s CineEurope in Barcelona in October.

It is the directorial debut of Pierre Perifel, who has worked extensively as an animator on films including the Kung Fu Panda series, Shrek Forever After and Rise Of The Guardians.

With box office takings for the top five titles having dropped for four weekends in a row, exhibitors will be hoping for a glut of new films to revive fortunes heading in to the Easter holidays.

Starring Ruth Wilson and Tom Burke, the film follows a young woman living on the fringes of society who becomes intoxicated by a stranger who overwhelms her quiet life.

Wootliff’s debut Only You took £84,195 in July 2019 through Curzon. She then won the £50,000 IWC Schaffhausen Filmmaker Bursary award, in association with the BFI, when True Things played at London Film Festival following its premiere in Horizons at Venice 2021.

In a busy weekend for animation, Modern Films is debuting Dutch-German-Belgian co-production Coppelia in 106 sites, following a world premiere at Annecy last summer.

The film will play predominantly in matinees and family slots, but will go on to run widely across the school break throughout April.

Vertigo Releasing has Lauren Hadaway’s rowing thriller The Novice in 33 sites. The film debuted at Tribeca 2021, and scored five nominations at this year’s Film Independent Spirit Awards in the US.

Further titles include Payal Kapadia’s documentary A Night Of Knowing Nothing in nine sites through the Institute of Contemporary Art, with another 25 across April; Ingmar Bergman’s 1972 drama Cries & Whispers in 13 sites through BFI Distribution; musical drama The Audition in 19 locations through New Wave Films; mystery-horror Homebound in 10 sites through Blue Finch Films; and Texas drama One of These Days in 12 sites through Studio Soho Distribution.

Key holdovers include four-time number one The Batman, which will do well to hold that spot with the amount of new competition; Universal’s Michael Bay action film Ambulance; and Indian drama RRR.