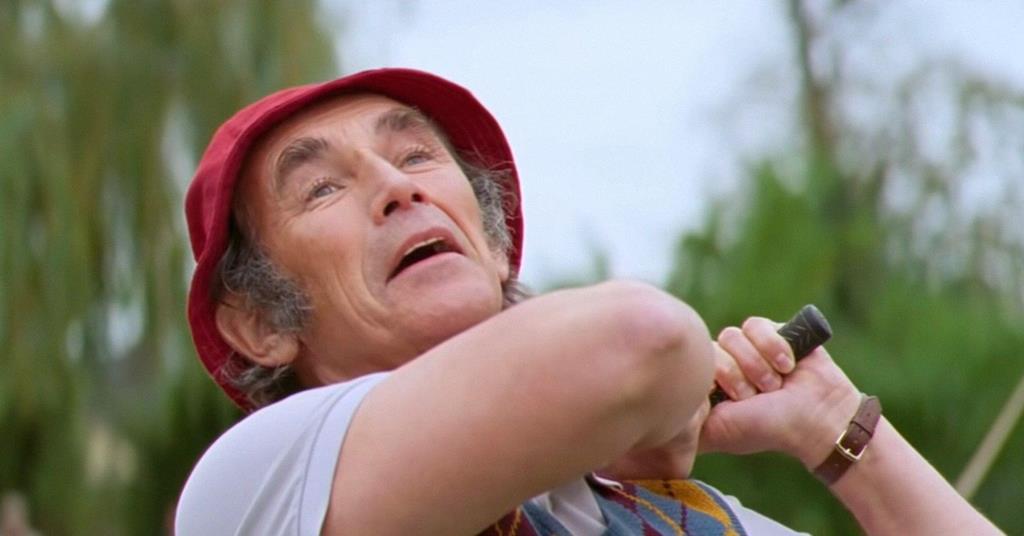 eOne’s UK sports comedy The Phantom of the Open tees off at the UK-Ireland box office this weekend, in a bumper weekend with 17 new releases.

Directed by Craig Roberts, The Phantom Of The Open debuted at the BFI London Film Festival in October last year. The film tells the true story of Maurice Flitcroft, an aspiring golfer of limited talent, who managed to gain entry to the British Open Gold Championship Qualifying in 1976 only to shoot the worst round in the event’s history. It will open in 629 locations – the fourth-biggest release of all time for eOne in the territory.

Simon Farnaby and Scott Murray adapted their book about Flitcroft for the screen; the film is produced by Nichola Martin for Baby Cow Productions, Tom Miller for Water & Power Productions and Kate Glover, with backing from BBC Film and the BFI.

It is a third directorial feature for Welsh filmmaker Roberts, after 2015’s Just Jim  – in which he starred with Emile Hirsch; and 2020’s Eternal Beauty starring Hawkins and David Thewlis.

With its blockbuster The Batman continuing to top the charts, Warner Bros has counter-programming this weekend in the form of UK comedy The Nan Movie in 511 sites.

The film is a feature version centred around the Nan character from UK comic Catherine Tate. Nan first appeared in The Catherine Tate Show, before landing her own show Catherine Tate’s Nan from 2009 onwards.

At the time of production in 2020 it was listed as directed by Josie Rourke, an established stage director whose first feature film was 2019’s Mary Queen Of Scots (opened: £2.1m; closed: £9.3m). However Rourke’s name has since been removed from the now-vacant directorial slot, and she is listed as an executive producer. The Nan Movie is written by Tate and Ted Lasso actor Brett Goldstein; produced by Damian Jones; and stars Tate, Mathew Horne and Katherine Parkinson.

Entertainment Film Distributors is releasing slasher X, fresh from its debut at SXSW this week. Set in 1979, the film follows a group of young filmmakers who set out to make an adult film in rural Texas, only to be caught in the act by their elderly hosts and dragged into a fight for their lives.

It is US director Ti West’s 10th film. His debut was 2005’s The Roost (another SXSW premiere) and has also directed for series including Amazon’s Tales From The Loop and Netflix’s Soundtrack.

606 Distribution has teamed up with the BFI for preview charity screenings of Elie Grappe’s Cannes 2021 Critics’ Week title Olga.

Olga is about a 15-year-old Ukrainian gymnast training for the European Championships, who is forced to move from her home in Kyiv to Switzerland due to the Euromaidan protests in 2013.

A donation will be made to the Disasters Emergency Committee from each ticket sold.

In real life, lead actress Anastasia Budiashkina, a former member of Ukraine’s national gymnastics team, has been forced to leave Kharkiv in Ukraine to escape the Russian war and is in Poland.

Preview screenings will take place in over 200 cinemas from today, with participation from Cineworld, Curzon, Everyman, Odeon, Picturehouse and Vue chains, plus the BFI Film Audience Network cinemas.

It centres on three women and a man in France’s capital, who are sometimes friends, sometimes lovers and sometimes both.

It is a ninth feature for French filmmaker Audiard; his highest-grossing title to date in the UK and Ireland is 2010’s A Prophet (opened: £312,237; closed: £1.4m), which won the Bifa for best foreign film, the Bafta for best film not in the English Language and was nominated for the Oscar for best foreign language film of the year.

Altitude has Blerta Basholli’s Hive in 18 sites, about a woman who sets up a business to provide for her children after her husband goes missing in the Kosovo war.

The film scored an impressive triple prize on debut at the online Sundance Film Festival in 2021, winning the directing, grand jury and audience awards in the world cinema – dramatic section.

It is a debut feature for Basholli, who is a leading light in Kosovo’s nascent film industry, having worked as a casting director on 2017’s The Marriage and a first AD on 2021’s Looking For Venera, both of which had decent festival runs.

Dogwoof is releasing Jennifer Peedom and Joseph Nizeti’s Australian documentary River, about the relationship between humans and rivers, in 21 sites. The film debuted at Melbourne International Film Festival last August, with a US bow at Telluride.

In further non-fiction titles, Cosmic Cat is opening Nicholas Bruckman’s ALS documentary Not Going Quietly; Dartmouth Films has Long Live My Happy Head, about a Scottish comic book artist who uses his art to chronicle his experiences with an inoperable brain tumour; and Tull Stories is releasing documentary Rebellion, about climate change protest group Extinction Rebellion, in nine sites across its first week.

Key holdovers alongside The Batman include Sony’s Uncharted and Universal’s Sing 2.