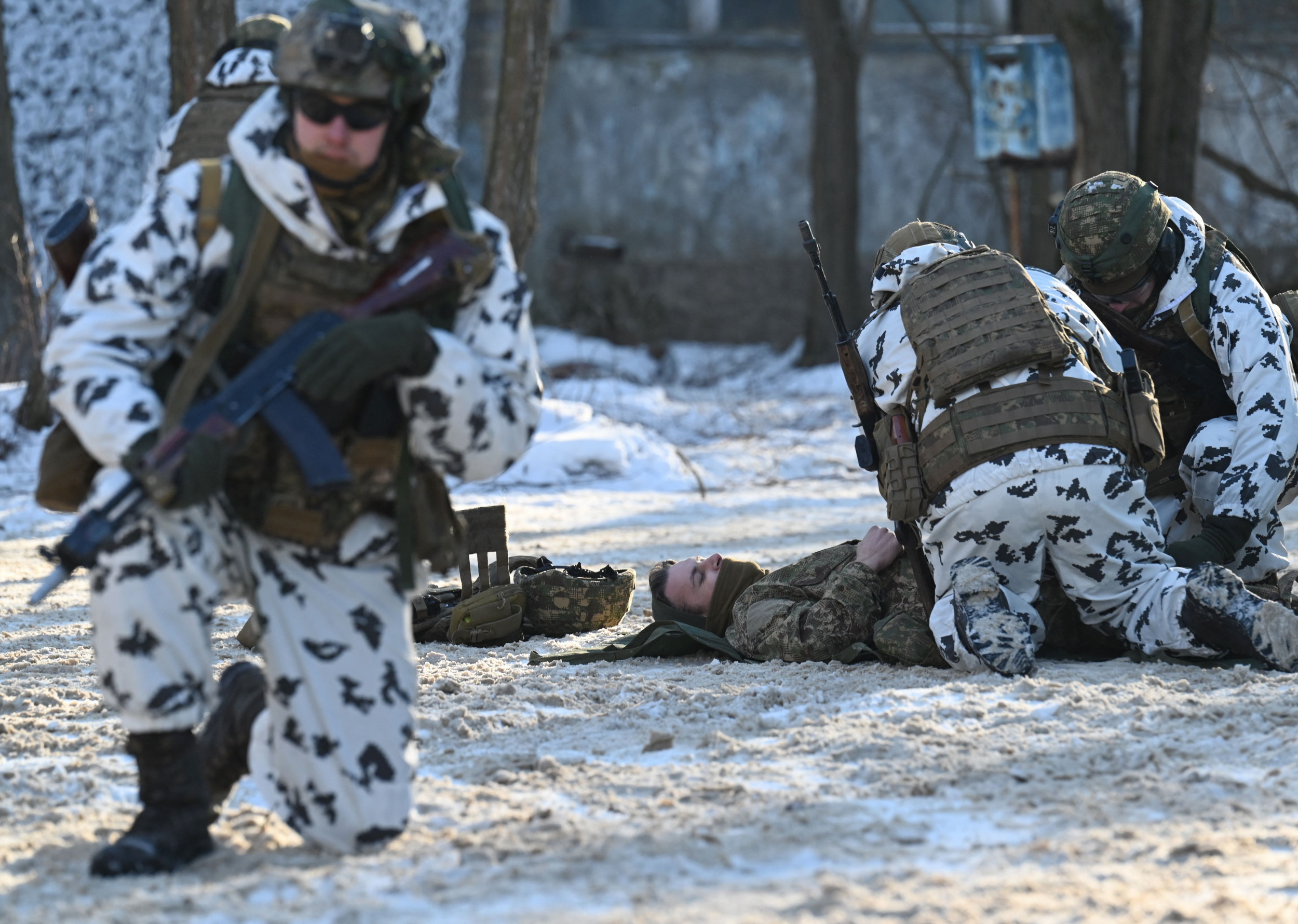 Ukraine has begun conducting urban warfare training drills for national guard, nurses, and other first responders in the wake of a possible attack from Russia. The Ukrainian training is taking place inside the Chernobyl disaster zone.

The drills are reportedly taking place in Pripyat, according to the Kyiv Independent. Pripyat used to be a thriving city of 50,000 residents before the 1986 Chernobyl nuclear disaster forced an evacuation and sealed-off a section of the country for centuries because of the nuclear fallout. The lost city is now a training ground for Ukrainians hoping to protect their future.

Pripyat is often called a “ghost city” by the Ukrainian government, which now uses the former city’s urban landscape as a makeshift urban setting for its troops to fight foes from the east, west, south, or even an ally from the Soviet era.

Why is Pripyat a great training area?
The abandoned city has buildings, streetscapes, destruction, and a desolate, war-fighting vibe for those who endure training. Parts of the area are under nuclear fallout for another century or so, which means learning to wear nuclear protection is paramount.

Urban training for Ukraine is more than nuclear survival, though. It means outsmarting the Russian forces by fighting in a city setting rather than countrysides and river banks. It also means fighting in the harsh winter, which the Russians also endure.

The Kyiv Independent states that the Russian military “might be considering seizing much of Ukraine by destroying the country’s armed forces in a series of offensives avoiding cities.” That would mean trying to seize Ukraine through the farmlands and not the bigger cities.

This training is happening while Russia has amassed more than 120,000 troops along Ukraine’s eastern border while Russia simultaneously conducts routine military exercises with Belarus, which borders on the northwest of Ukraine.

Oleksii Reznikov, who’s the defense minister of Ukraine, said that despite his country’s training in the Chernobyl zone, they don’t necessarily anticipate an attack from Russia in the affected nuclear area.

War has loomed between Russia and Ukraine for a few decades, but more recently in the last several years. Last month after a mass buildup of Russian troops along the Ukrainian border and a week full of missteps by Western governments to support Ukraine, Russia began its buildup of forces and a mounting attack.

“If they actually do what they’re capable of doing, with the force amassed on the border, it is going to be a disaster for Russia,” American President Joe Biden said.

When pressed to give the term “minor incursion” further clarity, Biden said it would be something like, “Russian forces crossing the border, killing Ukrainian fighters” and there were “differences in NATO as to what countries are willing to do.”