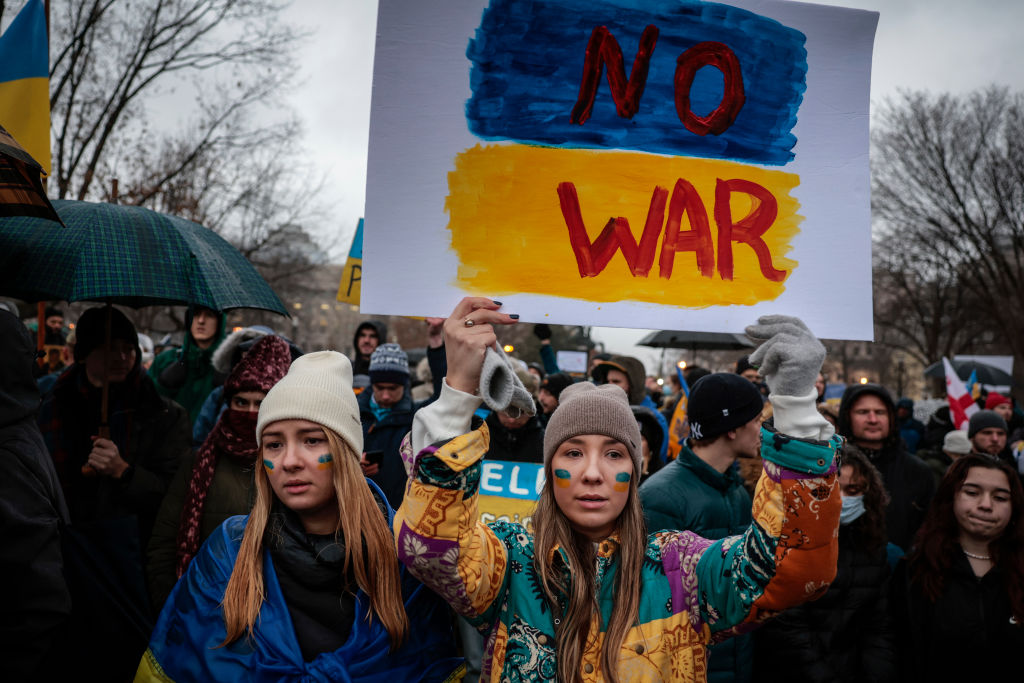 Some of Russia’s so-called oligarchs have voiced their desire for an end to the conflict with Ukraine, as one warned that the war would be “catastrophic” for their nation.

Russian President Vladimir Putin ordered troops to launch an invasion of Ukraine last week, with the full-scale assault beginning on Thursday. The U.S. along with its North Atlantic Treaty Organization (NATO) allies have responded with stringent sanctions—targeting the Russian economy as well as top officials, including Putin.

Meanwhile, Ukrainians have fought hard against the Russian invasion, exceeding the expectations of many analysts in the face of Putin’s massive military. In the U.S., some experts have described Putin’s actions as “erratic” and “delusional,” while others have assessed that his forces will be unable to “subdue” the Ukrainian population.

“It is going to be catastrophic in all senses: for the economy, for relations with the rest of the world, for the political situation,” one Moscow-based billionaire, who requested anonymity, told Reuters for an article that was published on Sunday.

Two other prominent Russian billionaires—Mikhail Fridman and Oleg Deripaska—urged for an end to hostilities with Ukraine.

“Peace is very important,” Deripaska said in a Telegram post, according to Reuters. He called for peace talks between Moscow and Kyiv to commence “as fast as possible.”

“I was born in Western Ukraine and lived there until I was 17. My parents are Ukrainian citizens and live in Lviv, my favorite city,” Fridman wrote in a letter, of which excerpts were reported by Reuters. “But I have also spent much of my life as a citizen of Russia, building and growing businesses. I am deeply attached to the Ukrainian and Russian peoples and see the current conflict as a tragedy for them both.”

Whether the Russian billionaires concern about the invasion of Ukraine impact Putin’s decision-making remains to be seen. The Russian president has previously shown a willingness and ability to stand against and take down oligarchs who oppose him and his policies. However, the opposition is notable as Western nations implement punitive financial sanctions that will have a negative impact on the Russian economy.

Ukrainian President Volodymyr Zelenskyy announced on Sunday via Telegram that negotiations between Moscow and Kyiv would be held at the border with neighboring Belarus. He expressed pessimism, however, about the potential success of the talks.

“I do not really believe in the outcome of this meeting, but let them try so that later not a single citizen of Ukraine has any doubt that I, as president, tried to stop the war, when there was even a small, but still a chance,” Zelenskyy said. A specific time for the discussions has not been announced.

Thousands of Russians have demonstrated in major cities against the war with Ukraine. More than 2,000 Russians have been detained by police as the protests persist, with demonstrators across the country chanting “no to war.” Some other prominent Russians have urged an end to the war as well.

“I think that the war should be stopped immediately,” Mikhail Matveev, a Communist Party deputy of Moscow’s State Duma, tweeted on Friday.

Meanwhile, former U.S. Secretary of State Condoleezza Rice assessed that Putin appears to have miscalculated with the invasion of Ukraine.

“Vladimir Putin expected an easy win here. He thought he would waltz into the capital, into Kyiv. In his own delusional rendering of history, Ukrainians and Russians are the same—and he would overthrow this government and might even be welcomed as a liberator,” Rice told Fox News on Sunday morning.

“Of course, the reality has been something quite different,” the former top U.S. government official pointed out. “Perhaps this is a signal that the Russians have bit off more than they can chew.”