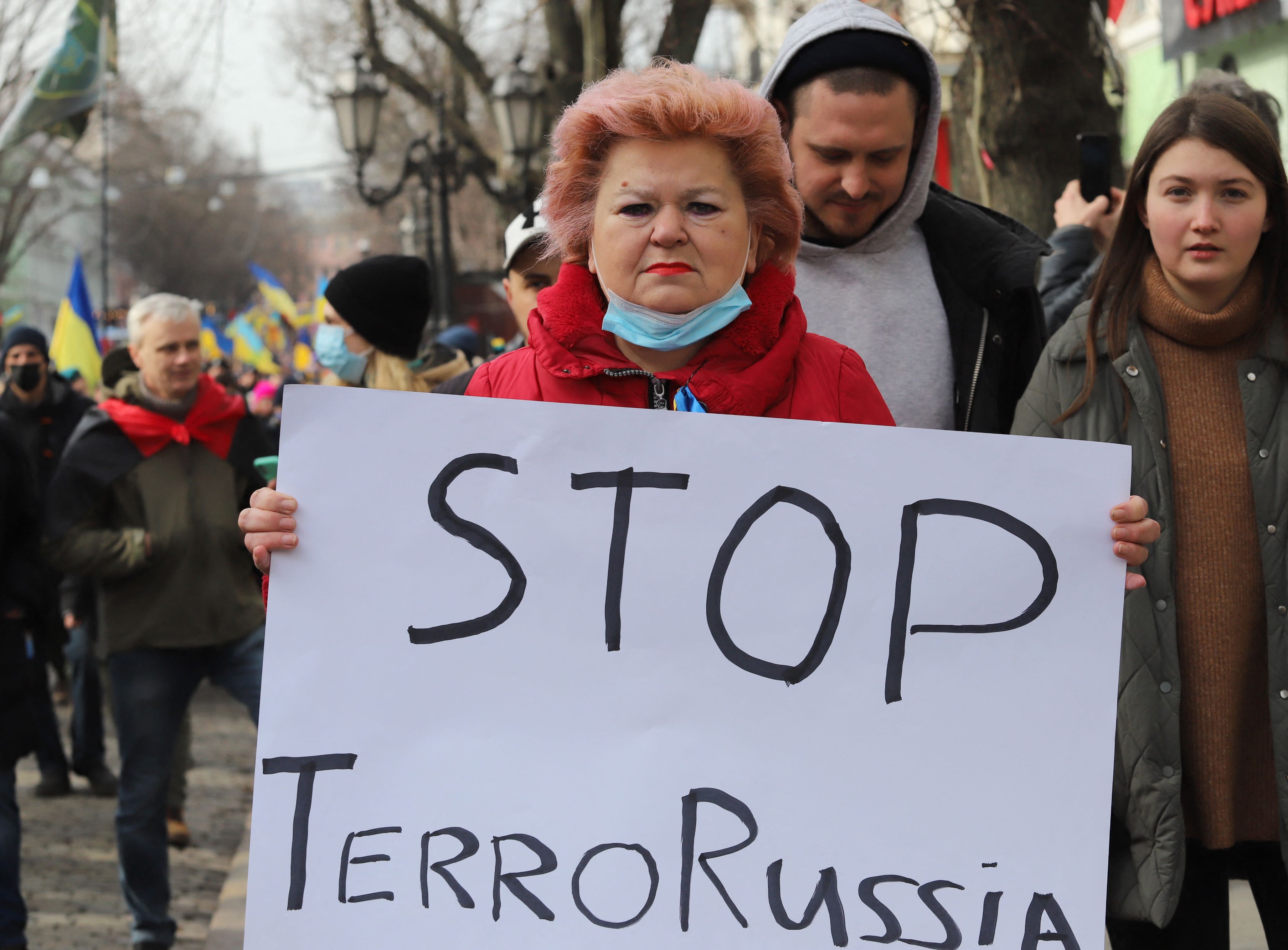 A report surfaced Sunday night stating that certain Ukrainian officials could be killed or sent to camps during a Russian occupation in the country.

A letter from United Nations ambassador Bathsheba Nell Crocker that was published by the Washington Post indicates that Ukrainians are in danger should an invasion happen. An invasion that has loomed for weeks but seems more imminent now than before.

“Specifically, we have credible information that indicates Russian forces are creating lists of identified Ukrainians to be killed or sent to camps following a military occupation. We also have credible information that Russian forces will likely use lethal measures to disperse peaceful protests or otherwise counter peaceful exercises of perceived resistance from civilian populations,” Crocker wrote.

Furthermore, Crocker said the U.S. is “deeply concerned” about human rights issues in Ukraine should there be a military offensive from Moscow. These include “killings, kidnappings” and other things like torture, unforced detentions, exile, and other war atrocities.

“I would like to bring to your attention disturbing information recently obtained by the United States that indicates that human rights violations and abuses in the aftermath of a further invasion are being planned,” Crocker wrote. “These acts, which in past Russian operations have included targeted killings, kidnappings/forced disappearances, unjust detentions, and the use of torture, would likely target those who oppose Russian actions, including Russian and Belarusian dissidents in exile in Ukraine, journalists and anti-corruption activists, and vulnerable populations such as religious and ethnic minorities and LGBTQI+ persons.”

The ambassador said Russia could also use “lethal measures” to equalize protests against them.

“We also have credible information that Russian forces will likely use lethal measures to disperse peaceful protests or otherwise counter peaceful exercises of perceived resistance from civilian populations,” Crocker wrote.

The White House announced Sunday evening that President Joe Biden is willing to meet with Russian President Vladimir Putin if an invasion of the Ukraine hasn’t taken place. An invasion has seemed almost imminent after a few weeks of military standoff and while the 2022 Beijing Winter Olympics were to close, which happened Sunday.

“As the President has repeatedly made clear, we are committed to pursuing diplomacy until the moment an invasion begins,” Psaki said in a statement Sunday night.

“We are always ready for diplomacy. We are also ready to impose swift and severe consequences should Russia instead choose war,” Psaki continued. “And currently, Russia appears to be continuing preparations for a full-scale assault on Ukraine very soon.”