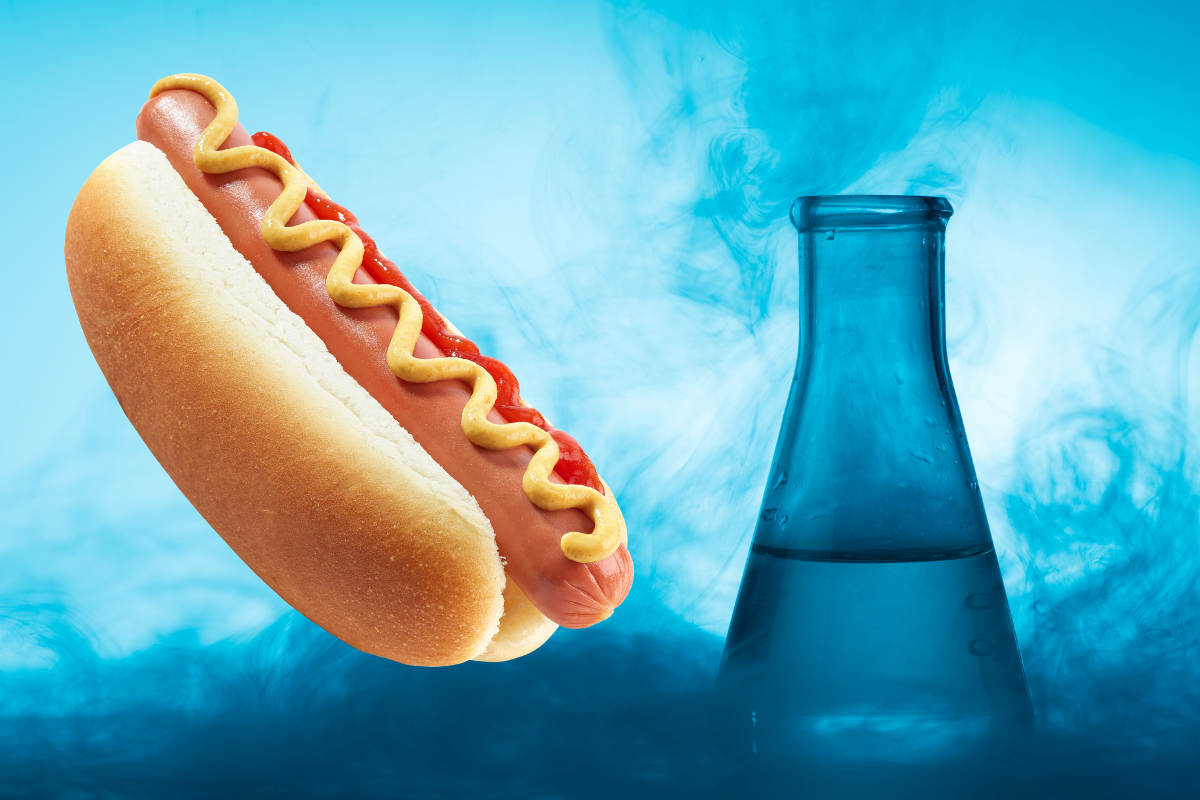 A TikTok video of a chemistry enthusiast dropping a hot dog into a beaker of acid has hit 10 million views.

The video, which has received 1.8 million likes and sparked 29,500 comments, was made by TikTokker and YouTuber NileRed who uses the internet platforms to teach people about chemistry.

The clip shows the weiner being thrown into a highly dangerous substance called piranha solution, which he describes as a “hot and angry” mixture of sulfuric acid and hydrogen peroxide. Just like its namesake would, the piranha solution makes short work of the meat.

At first, the sausage turns black in the swirling acid as carbon is released. This eventually causes the entire solution to blacken. NileRed then adds more hydrogen peroxide, which contains oxygen atoms that bond with the carbon.

This causes the mixture to fizz violently as carbon dioxide is formed and releases a cloud of gas. The removal of carbon lightens the piranha solution to almost as clear as it was before it got to work on the snack.

As the solution clears, all that is left of the hot dog is a thin shred of matter.

“After 30 seconds it had calmed down, ready for another Weiner,” NileRe says: “This is extremely dangerous. If any of this splashed on me it would do something very similar, which wouldn’t be super pleasant.”

In the description of his YouTube channel, which has over 3.6 million subscribers, NileRed says he uses social media platforms to share chemistry experiments and science.

He writes: “I find that chemistry is often taught poorly or without a purpose. Because of this, people tend to lose interest and sometimes even start to hate it.

“In each video that I make, I try to balance theory with purpose. My goal is to capture the natural beauty of chemistry in fun and interesting ways.”

And with 9.8 million views, his hot dog vs piranha solution video has certainly captured attention.

Pirahna solutions are a mix of a strong acid with peroxide and come in a variety of forms, the most common of which is a 3:1 mix of sulfuric acid to 30 percent hydrogen peroxide solution.

The main use of piranha solution is to clean organic materials off a surface such as glass. It will dissolve most organic material, including fabric and skin, meaning it must be handled with extreme care.

If a piranha solution is exposed to too much organic contaminant it can bubble and fizz and splash, causing chemical burns. In extreme cases. The sudden build-up of gas this causes can result in the solution exploding.

Explosions of piranha solutions can even happen when they are stored in sealed containers if gas release causes pressure to build up. That means that every time a piranha solution is needed in the lab, chemists must mix a new batch.

Disposing of piranha solution requires it to be mixed with water and brought to a neutral pH level by gently adding a concentrated solution of sodium hydroxide or sodium carbonate while vigorously stirring. Any amounts of piranha solution greater than 100 milliliters have to be disposed of professionally.