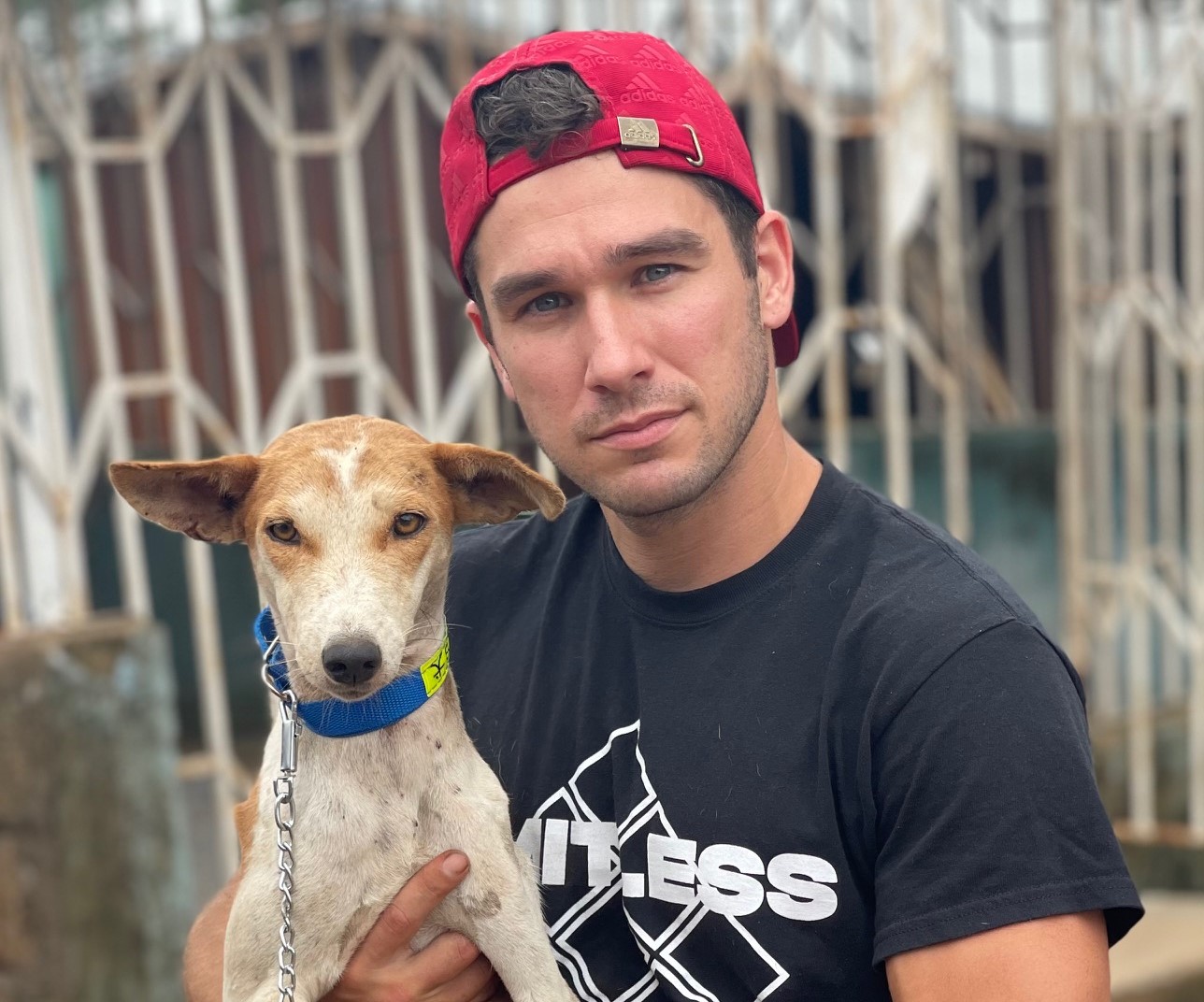 A video showing a dog being rescued just moments before it was due to be slaughtered for its meat has been released by a campaigner aiming to save dogs from this trade.

Jonny Preston found the dog at a slaughterhouse in Bolgatanga, Ghana.

In the video he can be seen negotiating with the workers at the slaughterhouse to let him take the dog, who is huddled on the ground looking terrified.

Preston, who works to free dogs from the dog meat trade so that they can find loving homes in Canada, posted the video to TikTok where it has now been viewed over 10 million times.

He told Newsweek that the “sweet, scared dog” was surrounded in garbage and did not have access to water or food.

“The moment I got that poor dog into the car many people mentioned he wagged his tail on the way back to the car, and I truly believe he knew he was safe as he took a huge breath and slept after I pulled a few ticks off of his face that was bothering him,” he said.

The trader told Preston this particular dog was a biter and a nuisance, so Preston endeavoured to use this to take the dog off his hands.

In the video, Preston can be heard asking a dog meat trader how much money it would take to let him save the dog. He eventually paid $80 for Tommy.

The dog was tied in the room with tight wire around its neck, to prevent it from escaping.

Preston can be heard asking the worker how the dogs are killed and where they come from. The dog trader responds that dogs are killed with knives and usually bought from poor families.

Millions of dogs die globally all year round for meat. It is particularly common in Ghana, where in many areas dog meat is considered a delicacy.

Since his rescue, Preston has named the dog Tommy. He is currently at a shelter in Bolgatanga but he will soon be flown to Canada for adoption.

“Now he greets me at our shelter with a tail wag and I sleep well at night knowing I was part of him narrowly escaping death,” Preston said. “I saw that he gave up on life when I first met him as he’s smart and normally these dogs have to watch their brothers and sisters get slaughtered while they wait in fear and get smacked and beaten if they defy the dog meat traders in any way.”

Preston is currently working to build a dog shelter in Bolgatanga for dog meat survivors.

He is also advocating for a bill to permanently ban the sale and consumption dog meat in Ghana.