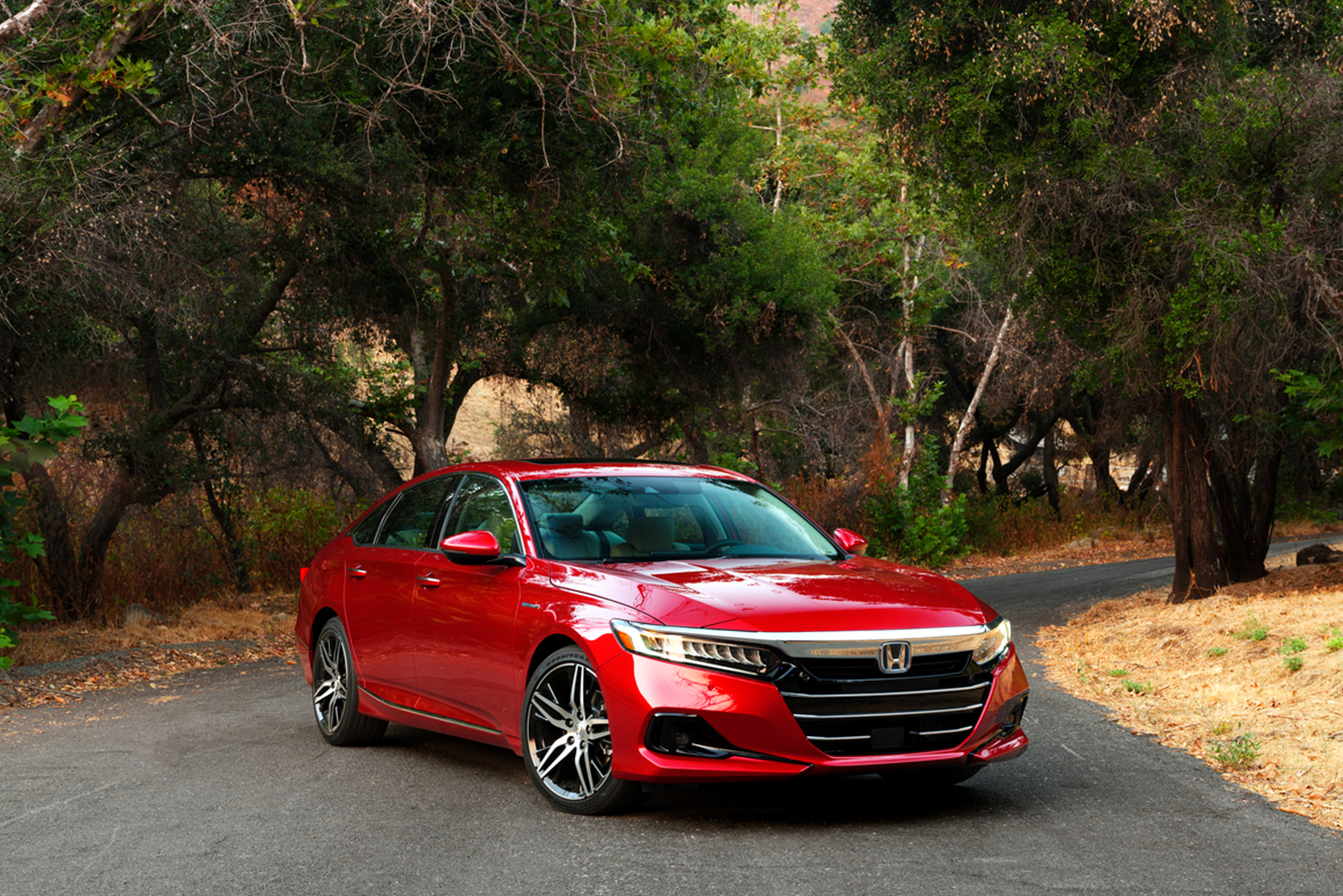 Vehicle powertrains are getting more advanced every year. That, combined with the push for more alternative fuel vehicles, has given rise to hybrids, plug-in hybrids, fuel cell and battery electric power options.

If you’re shopping for a new car, you should be clear on the differences between these and internal combustion engine cars and the impact any of these would have on your driving experience. Here’s a guide to help explain the differences and similarities between various powertrain options.

An internal combustion engine (ICE) is the technical term for the powertrain that’s likely in the car you drive today.

ICE was first developed around the turn of the 19th century and continuously refined over the next 150 years. It won out as the powertrain of choice for car companies, providing more range and easier refueling compared to the first electric vehicles in the early 1900s.

Today’s most popular ICE is the spark-ignition gasoline engine, which converts combusted gas into energy that pushes pistons and rotates a crankshaft that ultimately powers the vehicle.

Why are companies creating new engines?

While ICE development has led to higher miles per gallon of gas, stricter corporate average fuel economy (CAFE) standards set by the U.S. government have pushed automakers to develop alternative fuel methods that can get those figures higher. The broader push for sustainability is also a factor.

Many automakers have pledged to offer more all-electric options within the next few decades, motivated by shifting climate change policies from governments worldwide and changes in internal organization best practices.

While hybrid engines have taken a variety of shapes over the last 20 years or so, the most prominent hybrid engines in production cars incorporate electric motors to perform some tasks required of a car to save on fuel.

The traditional hybrid powertrain consists of a gasoline engine, electric motor and an additional battery to the one that typically runs radio functions, windshield wipers and lights.

An onboard electric motor will take over for the gas engine under certain conditions, whether operating the car at certain speeds, during idling or performing other functions. Automakers build hybrid vehicles to perform as gas savers, while others utilize hybrid technology to provide power boosts that consume less fuel than supercharged or turbo engines.

A plug-in hybrid is similar to a hybrid engine, except that drivers can use public and private charging infrastructure to recharge the onboard battery. These types of cars have a small range of electric driving capabilities before switching to the gas engine.

Gaining steam in popular culture but still only holding less than 5 percent of the new vehicle market, automakers are ramping up production on battery-powered electric cars and consistently introducing new models.

In BEVs, an electric motor or multiple electric motors take the place of an ICE. That setup is fueled by a battery (made of either lithium-ion or nickel hydride components) that is refueled by plugging the vehicle into a private or public charger.

How do you charge a BEV?

If you have the means in your home, you can usually charge your BEV by installing a 120-volt home charger. However, this method is slow, so most people choose to plug their BEV in overnight.

In public, Level 1 or Level 2 charging allows you to charge—for a fee—at 120 volts or 240 volts, respectively. Level 2 charging can usually add a substantial amount of range to your BEV in under an hour.

Electrify America, Blink and Chargepoint make up a lot of the public BEV charging infrastructure in the United States.

A fuel cell-powered electric car uses hydrogen instead of gasoline to power an electric motor that in turn moves the vehicle’s wheels.

Currently, the only FCEVs on sale are the Hyundai Nexo and the Toyota Mirai. As charging infrastructure is limited in many areas of the United States, those cars are only offered for sale in California. FCEVs are gaining popularity for commercial applications, like semi-trucks.

Is a hybrid or electric car for me?

Which type of electrified powertrain you should choose depends entirely on your lifestyle choices and obligations.

If you have no qualms about the range of electric vehicles and have access to private and public charging infrastructure, a BEV can be the right choice for you. Depending on the automaker and where you live, potential state and federal tax incentives could also apply to your BEV purchase.

A hybrid engine could be the right choice if you want to save on gas but don’t want to switch from the ICE just yet. Automakers have also improved the performance of hybrids and PHEVs, improving their appeal.

A plug-in hybrid could work if you have a short commute and don’t mind a limited EV range.

If you live in California, an FCEV is an option. Charging takes about five minutes, and the car could be eligible to drive on HOV lanes, qualify for tax rebates, and expel zero emissions.