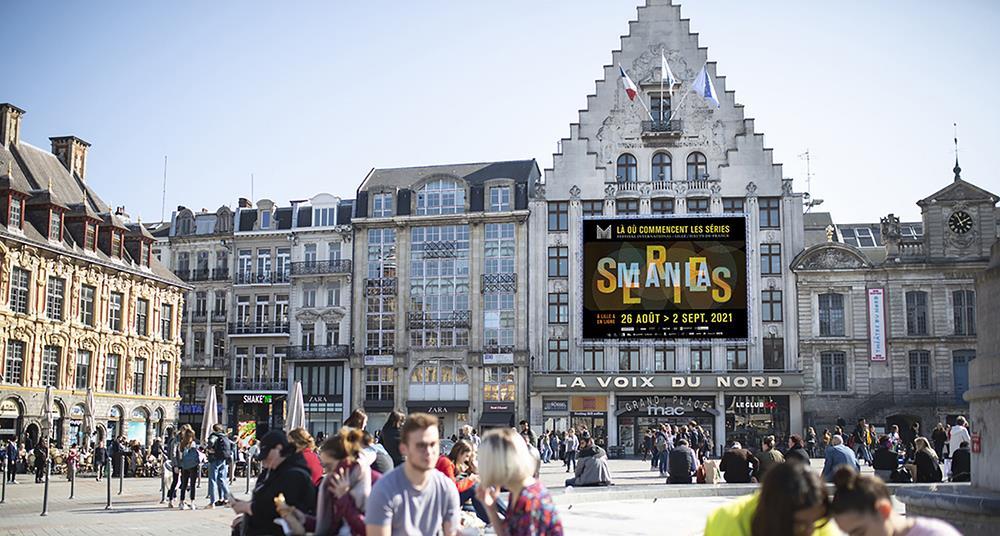 French TV festival and industry event Series Mania (March 18-25) returns to its springtime slot in the northern city of Lille for the first time since the pandemic pushed it online in 2020 and moved its 2021 edition to September.

This year marks the event’s fourth edition in Lille, following its move there in 2018 as part of the French government’s drive to set up a major French TV festival, having spent nine years as a boutique event at the Forum des Images in Paris.

Call My Agent! creator Fanny Herrero’s follow-up Standing Up opens the festival. Set against the backdrop of a Paris comedy club called Drôle, the Netflix France production follows four twentysomethings from different backgrounds as they try to make it as stand-up comedians.

The closing series Oussekine also hails from France. The Disney+ production is an altogether more sombre drama, however, inspired by the true story of French-Algerian student Malik Oussekine, who died in police custody in 1986. “It’s the first time the opening and closing productions are both French,” says Series Mania general director Laurence Herszberg. “We’ve always had a strong French presence thanks to the local competition, but this is a reflection of how French fiction has raised the bar of late.”

She insists the line-up of 53 series remains “very international”, pointing to shows such as Vikings creator Michael Hirst’s Billy The Kid in competition, which marks the first time Universal has shown a series at Series Mania, as well as the first-ever Chinese drama in selection, Gold Panning in the International Panorama section.

In solidarity with Ukraine, producer Julia Sinkevych, a co-founder of the Ukrainian Film Academy, has been invited to preside over the international competition jury. As her presence in Lille is not certain, French writer and director Marc Dugain has also been appointed as vice president of the jury.

Russian state body Roskino, which was to have attended with a showcase of new shows from Russia, has been disinvited, although individual Russian citizens are still welcome.

With the last edition of Series Mania taking place just six months ago in September, Herszberg acknowledges it has been a challenge organising two

fully-fledged festivals so close together. “For an event of this size you need a year to crystallise your ideas and figure out what your focus will be, but the team have done an incredible job in six months,” she says. “What’s interesting is that we were asking ourselves whether professionals would be keen to return just six months later but we’ve had a fantastic response. It shows people want to meet in person.”

Herszberg suggests this proves it was the right decision to put series creation at the heart of industry-focused Series Mania Forum (March 22-24). “Professionals know [Series Mania] is the place where they can make connections to get a series off the ground, whether it’s finding partners for a completed production, or networking with writers, producers or distributor platforms for a new project. All this without having to visit a booth or stand, of which there are very few at Series Mania, as we favour direct contact.”

Match Factory Productions is also presenting its first TV series, Middle East drama The Report, which has been invited as a guest project via Series Mania’s project exchange partnership with the Berlinale Co-pro Series event.

The headline speakers at the Forum conference programme include Universal Content Productions president Beatrice Springborn and Game Of Thrones producer Frank Doelger, who will talk about working with German partners Beta and ZDF on upcoming show The Swarm.

Herszberg reveals Kim’s presence stems in part from her personal fascination with Korean film and TV, which resulted in her going to Seoul on a fact-finding mission to propose a Korean version of Series Mania, years before Squid Game put Korean drama on the international map.

“I’d always asked myself why Korea’s series didn’t export as much as its cinema,” she says. “I discovered the TV industry there at the time was focused on the home market, even if it was beginning to see commercial and soft power benefits of the international market. This has since changed and the work I did then is bearing fruit.”

Following hot on the heels of Series Mania, rival French TV festival Canneseries also goes back to a springtime slot (April 1-6) to run alongside the first physical edition of MipTV (April 4-6) since April 2019.

Opening with Paramount video-game adaptation Halo, Canneseries promises an equally packed line-up of hot new international dramas. The Dreamer — Becoming Karen Blixen starring Connie Nielsen as the Out Of Africa author, Jean-Xavier de Lestrade’s investigative thriller The Inside Game, and German show Punishment, which has Oliver Hirschbiegel as one of three co-directors and writers, are among the 10 shows in the international competition.

Industry events include the Canneseries Writers Club, consisting of masterclasses and workshops focused on screenwriting, and a new business-focused networking initiative bannered MIP x Canneseries Connection. Alongside this, MipTV is running the MipDrama showcase on April 3, presenting excerpts from 10 upcoming series to international buyers.

The selected shows include ambitious international football-business drama The Net (see page 22) and Bangla, a series adaptation of the 2019 Rome-set film of the same name that won Bangladeshi-Italian filmmaker Phaim Bhuiyan a David di Donatello award for best new director.

Attending both Series Mania and Canneseries is an option as their programmes tend to be complementary. But for most professionals, the decision whether to head north or south will come down to the selection and whether they have a partici­pating project. For most, it just feels good to have a choice again.