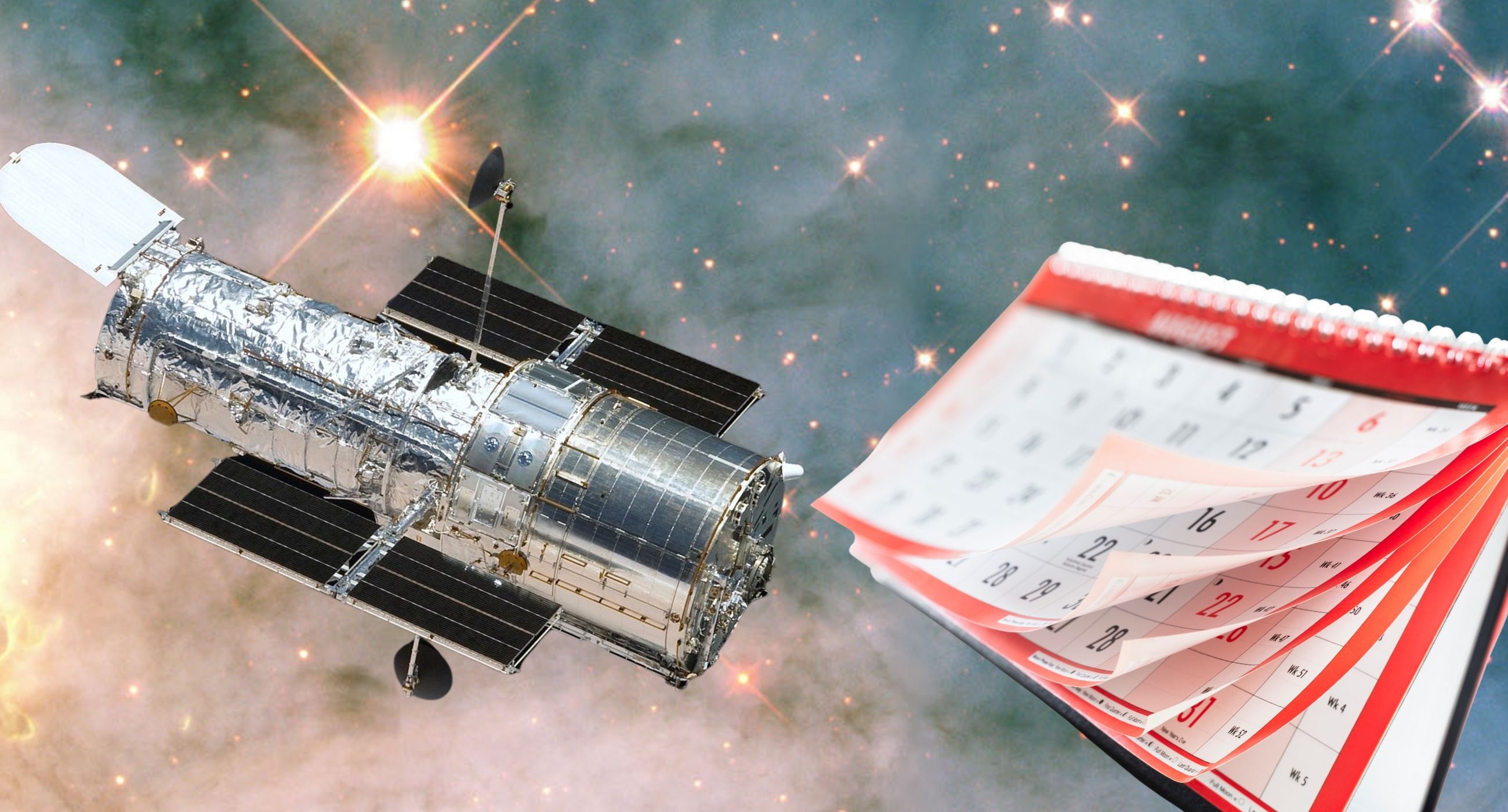 A NASA tool that allows users to search for images that its Hubble Space telescope took on their birthdays has become a surprise sensation on TikTok.

Not everyone was happy with the results they obtained during their search, however. In a video that has been viewed 2.6 million times, TikToker urfavhotgemini777 complained about their difficulty in determining exactly what NASA had spotted on their birthday.

In another video viewed 7.2 million times, TikTok user hairytoecracks points out they probably have the worst NASA birthday image, the shadow of a kitchen strainer seen on a jumper.

Both of these users searched their birthdays on an alternative image calendar, the Astronomy Picture of the Day (APOD) calendar site. Another user on TikTok, bfreestone15 who used the APOD site was annoyed their birthday, perhaps unsurprisingly April 1, was represented by an April Fool’s joke in a video seen 1.7 million times.

Where To Get Your NASA Birthday Image

The APOD site differs slightly from the site established by NASA to celebrate Hubble’s birthday. The latter assigns images taken by Hubble on a particular date to a day regardless of the year. The former assigns a specific image to each day of each month of each year.

It also means anyone born before June 1995 won’t have a specific image assigned to their birthday on the APOD calendar. Using the NASA calendar, however, images can be obtained for people born before the modern age of astronomy kicked off.

That includes images taken on the birthdays of some of science’s most famous figures.

Arguably the most influential scientist of all time, especially when it comes to physics and space exploration, is Isaac Newton. The driving figure of the scientific revolution in the 17th century, Newton was born on January 4, 1643.

Searching for January 4 on the NASA Hubble birthday site reveals an incredible image of Saturn taken in infrared by Hubble in 1998, which would have been Newton’s 355th birthday.

Newton’s laws of motion would be the most accurate description of the physics of the Universe for centuries, at least until the introduction of general relativity by Albert Einstein in 1915.

Einstein was born on March 14, 1879, in Ulm, Germany. On what would have been the great physicist’s 120th birthday, Hubble took this image of a pair of interacting galaxies that consists of the larger galaxy NGC 5754 and its smaller companion NGC 5752, collectively known as APR 297.

One revision that Einstein was forced to make during the early days of general relativity was the removal of what he termed the “cosmological constant” used to ensure it predicted a steady Universe. Described by the physicist in later life as “my biggest blunder” the term was removed from equations of general relativity when Edwin Hubble convinced Einstein the Universe was not steady but was expanding.

Hubble, who would later lend his name to the Hubble Space Telescope, was born on November 20, 1889. On the same day, 116 years later Hubble’s namesake would capture an image of APR 148.

Hubble witnessed the effects of the interaction with one of the galaxies stretched and feeding into the other in what seems to be an ongoing collision between galaxies.

Perhaps the only modern physicist who approaches the fame of Einstein is Stephen Hawking. Not only did Hawking, who suffered from an incurable degenerative neuromuscular disease, become famous for his numerous pop-culture appearances in shows like The Big Bang Theory and The Simpsons, but he would expand greatly on Einstein’s theory of general relativity.

Hawking was born on January 8, 1942, in Oxford. On the same day in 2007, Hubble caught an image that shows the inner region of NGC 2976, a galaxy located 11 million light-years from Earth.

One birthday that is celebrated by almost all of the United States is the date that since 1776 has been generally acknowledged to mark the birth of the country, July 4.

To mark this day on NASA’s Hubble site, the agency has selected a close-up view of the Carina Nebula. The image, taken on July 4, 2002, shows a 3-light-year-wide slice of the 200-light-year-diameter nebula which is located 8,000 light-years from Earth.

The Carina Nebula is considered to be an active site of star formation, meaning the image taken on a day that marks the birth of a new nation could show the birth of a multitude of new star systems.