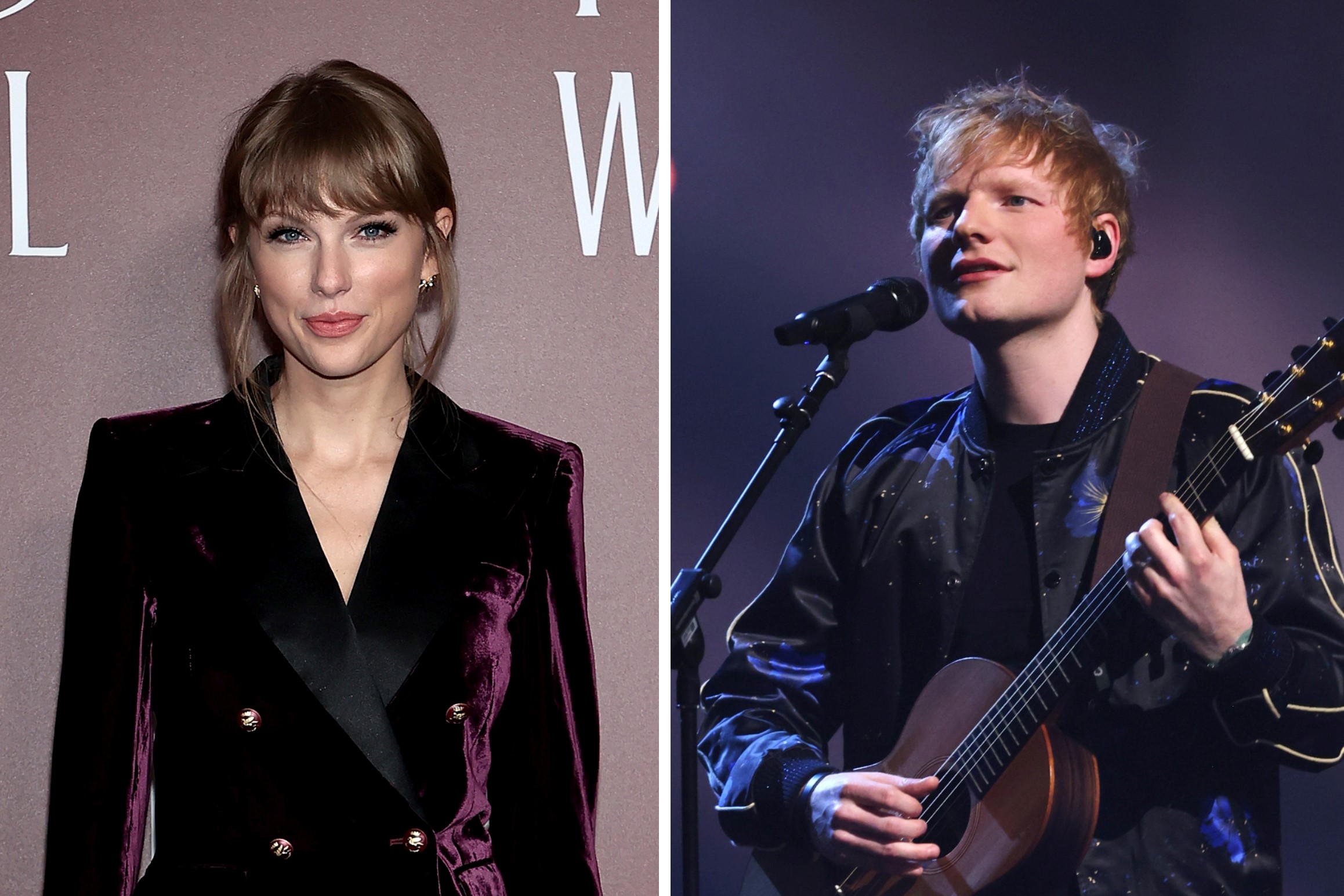 Ed Sheeran and Taylor Swift are set to release a new song together.

The “Shape of You” singer revealed the good news to fans on Tuesday in a red-carpet interview before the 2022 Brit Awards.

Despite discussing the song and saying an announcement would be released within “an hour” of the interview, an official statement did not come until Wednesday.

Here’s everything you need to know about the track made by the two musicians.

What Song Will Ed Sheeran and Taylor Swift Be Collaborating On?

Sheeran and Swift have been sharing hints that they were working on a song together for months, and fans noticed several clues to the release before the official announcement was made.

In Swift’s music video for “I Bet You Think About Me,” released in November 2021, for example, there was an equals sign carved into a cake that she then removed with her hands. The symbol appeared to be a reference to Sheeran’s album “=.”

For his part, Sheeran also provided subtle clues about their collaboration when he wore a Taylor Swift patch on the back of his jacket in the music video for “Overpass Graffiti,” which was released in October 2021.

In an interview with LadBible at the 2022 Brit Awards, Sheeran said he and Swift had recorded a track and “we’re literally announcing that in, like, an hour.”

The next day the “Shivers” hitmaker officially announced to fans that the song they were going to release together was a remix of track “The Joker And The Queen.”

“The Joker and The Queen” was originally released on Sheeran’s album “=” in 2021, and Swift only appears on the remixed version of the track.

Sheeran had previously hinted at he and Swift working on the track together when he shared an image of the single’s artwork on Instagram.

He wrote: “Signing some cds for something coming in a bit, keep an eye out.”

At the time, eagle-eyed fans pointed out how the queen looked remarkably like Swift and questioned whether it meant they had collaborated on the track.

Sheeran performed a solo version of “The Joker and The Queen” at Tuesday’s Brits show, where he won the award for songwriter of the year.

Sheeran and Swift have worked with each other multiple times in the past, previously recording three songs together: “Everything Has Changed” on “Red”, “End Game” on “Reputation”, and “Run,” a vault track on “Red (Taylor’s Version).”

When Will Ed Sheeran and Taylor Swift’s Song be Released?

In his official announcement, and indeed his interview with LadBible, Sheeran confirmed “The Joker and The Queen” was going to be released on Friday, February 11.

Sharing a statement on Twitter, Sheeran confirmed: “The Joker And The Queen featuring my good friend @taylorswift13 is out this Friday. Link in bio to pre-order or pre-save it x”