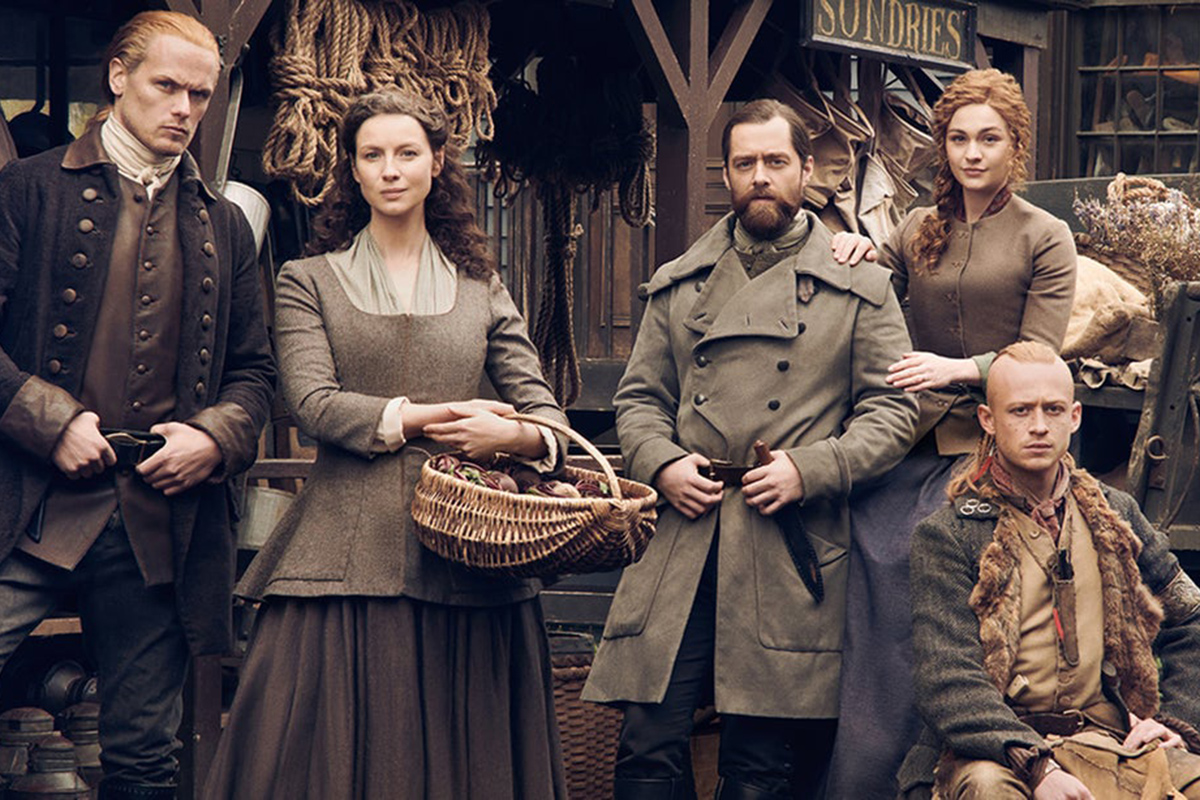 Jamie Fraser (played by Sam Heughan) is no stranger to having enemies and fans of the Outlander novels will know the Christie Family and the Fraser’s ultimately will not see eye to eye. One thing is for sure, the last thing the Fraser’s need right now is another conflict following the terrifying assault on Claire (Caitriona Balfe) and Marsali (Lauren Lyle) in Season 5, the death of Murtagh Fraser (Duncan Lacroix) and the impending American Revolution. Nevertheless, Jamie Fraser is paid a visit by Tom Christie in Season 6, who he knew from his time in Ardsmuir Prison, turning the already unstable life on Fraser’s Ridge on its head.

Sam Heughan and the Outlander cast spoke to Newsweek about the arrival of the Christie’s and what it means for life at Fraser’s Ridge.

Who Are the Christie Family in Outlander Season 6?

Tom Christie, a Protestant served time at Ardsmuir Prison where Jamie Fraser, a Catholic was also incarcerated. They did not particularly see eye to eye, especially when Jamie Fraser was granted permission to become a freemason.

Fast-forward several years and Tom Christie has made it to America, coincidentally to Fraser’s Ridge, after serving as a schoolteacher on a planation as part of his prison sentence.

Immediately, Roger (Richard Rankin) falls for the facade that Christie is a good man as he is an acquaintance of his father-in-law and allows him to stay. However, he could not be more wrong.

At Ardsmuir, tensions had risen between the Protestant faction, headed by Tom, and the Catholics, de facto led by Jamie. Harry Quarry (Jay Villiers), the governor of the prison, made Jamie an apprentice in his Masonic Lodge in an attempt to squash the tensions, leaving Tom powerless.

Speaking to Newsweek, Sam Heughan shared that the Christie family each have their own little “niche” and have a lot of secrets.

He said: “Mark Jones, Jessica [Reynolds], and Alex [Vlahos] came in and they are just brilliant together, they are such a weird little family.

“They have a lot of secrets that we’ll find out a bit about and they’re really pretty different and difficult characters. They all have their own little niche, but they were so fun to work with.

“Mark Jones especially plays this proud Scotsman, a really staunch, I guess Protestant. Deep down actually, Mark himself as an actor is very fun to work with. He had us in stitches all the time a really, really good man, and a brilliant actor.”

He continued: “It’s jam-packed this season. It’s only eight episodes but somehow I feel like we’ve managed to fit in even more. Probably for the first time, Jamie and the Fraser’s, the popularity and the strength that they have and their standing at Fraser’s Ridge, is really unsettled.

“He’s a reluctant leader of men as we see from flashbacks to Ardsmuir Prison but he really, in a way is having this combat with Tom Christie and it really starts to fray the unsettled continuity of the status quo at Fraser’s Ridge.”

Fans of the Outlander novels will know the arrival of Malva and Allan also spells trouble for the wider inhabitants of Fraser’s Ridge.

Without giving away too many spoilers, Malva will pose a significant threat to Jamie and Claire’s relationship after she falls pregnant.

Speaking in a video posted on the Outlander Instagram page, Jessica Reynolds who plays Malva in the series, shared some details about her character.

She said: “She’s kind of in awe of Claire, I think when she gets to the ridge, she’s heard so much about Jamie and she expects him to kind of be the hero of her story and then she sees the woman and she’s like ‘Oh no, I’m more interested in that.'”

“There’s an opening for an apprentice going, and I sneak in.

“We kind of start off with a very innocent, kind of eager to learn, you know she’s got the world in front of her. She thinks this is her kind of chance to blossom and become a woman potentially like Claire and then lots of stuff gets in the way…so it’s gonna be fun.”