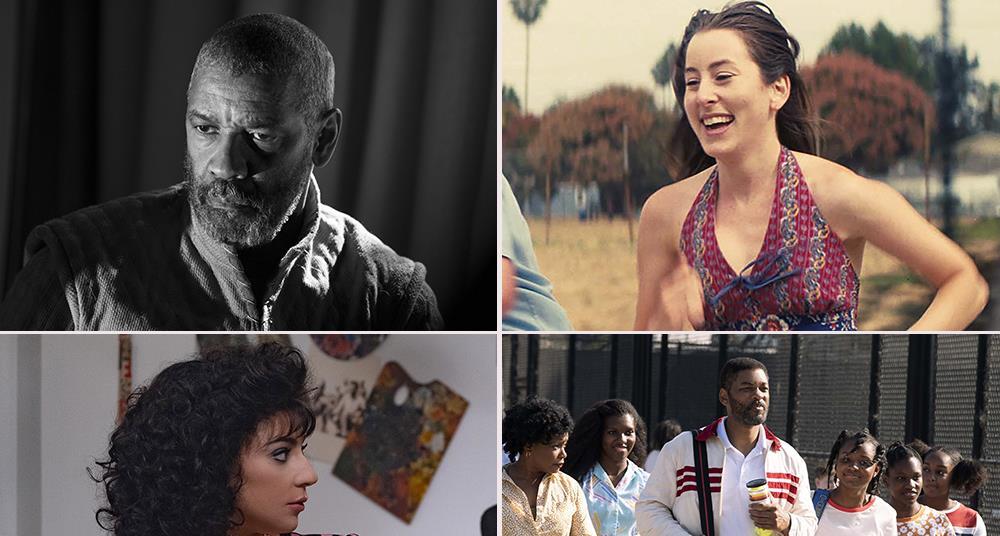 Those who criticise the Bafta Film Awards for being some kind of transatlantic facsimile of the US Academy Awards were given plenty to chew on when the last set of Bafta nominations were announced in March. Thanks to the British academy’s new jury-driven processes, the 24 names announced across the four acting categories ended up being not quite what everyone was expecting, and notably different from the equivalent lists revealed a week later for the Oscars.

This year, Bafta has tweaked the voting process again, giving more say to the voters — at least those members of the acting chapter — and less to juries when determining the final acting nominees. It remains to be seen whether that will mean fewer shock omissions (such as Carey Mulligan for Promising Young Woman and Olivia Colman for The Father last time around).

Notably the 2021 acting nominees across both Oscar and Bafta were a racially diverse group — sparing the two film academies the embarrassment they both suffered the previous year when the acting nominees were dominated by white faces. Indeed, 2021 Oscar voters nominated a record nine people of colour across the 20 performances in the acting categories, while separate Bafta juries collectively nominated 16 non-white performers out of a possible 24.

This year, films including King Richard, Passing, Respect, West Side Story, The Tragedy Of Macbeth, Swan Song, CODA and Cyrano suggest that rich diversity — in different forms — could be reflected among the acting nominations. And captivating performances from actors including Rita Moreno (aged 90), Judi Dench (87), Woody Norman (12) and Jude Hill (11) fully span the age demographics.

Last year, Mads Mikkelsen (in Danish film Another Round), Steven Yeun, Yuh-Jung Youn and Alan S Kim (in the majority Korean-language Minari) were all nominated at Bafta and/or Oscar — and the field of acting contenders in foreign-language films this year seems richer than ever. As the voting members of both academies continue to diversify globally, it is to be hoped that one day soon all performances, regardless of language, really will be playing on a level playing field when it comes to film awards.

This year, there are five leading contenders for best actress playing real-life figures — Tammy Faye Bakker, Aretha Franklin, Lucille Ball, Patrizia Reggiani and Princess Diana — holding out the prospect of an unusual five-way face-off in the leading actress race. In next week’s edition, we spotlight talent in the supporting actor and actress categories. For now, here are our thoughts on best actor and actress.

Mahershala Ali, Swan Song
A two-time supporting actor Oscar winner for Moonlight and Green Book, Ali here serves double duty as a terminally ill man and his healthy clone in this near-future sci-fi drama from debut feature director Benjamin Cleary, co-starring Naomie Harris. The Apple-backed film is set in a world where the technology exists to create a clone of an incurably sick person and then insert them into the original’s life without their family knowing a thing.

Javier Bardem, Being The Ricardos
Also in contention for Spain’s international feature Oscar entry The Good Boss, the No Country For Old MenOscar and Bafta winner stars as Cuban-born actor and big-band leader Desi Arnaz — who reached household name status in the US after co-starring with wife Lucille Ball in smash hit TV sitcom I Love Lucy. The Trial Of The Chicago 7’s Aaron Sorkin writes and directs, while Nicole Kidman co-stars as Ball.

Bradley Cooper, Nightmare Alley
Nominated eight times apiece at both Bafta and Oscar, variously for acting, producing, directing and writing, Cooper is back in contention as a carnival-act grifter in Guillermo del Toro’s crime drama based on William Lindsay Gresham’s 1946 pulpy tale of hustlers and schemers. Cooper is also in contention for his supporting turn in Paul Thomas Anderson’s Licorice Pizza, playing real-life film producer (and then-partner of Barbra Streisand) Jon Peters.

Benedict Cumberbatch, The Power Of The Dog
Cumberbatch enjoys one Oscar and Bafta nomination apiece for The Imitation Game, and looks likely to double that tally thanks to his complex alpha-male turn in Jane Campion’s Montana-set western (see feature, page 24). Playing a rancher who first bullies, then mentors, the teenage son (Kodi Smit-McPhee) of his new sister-in-law, the awards heat being generated for Cumberbatch is likely to overshadow his other notable leading role, in The Electrical Life Of Louis Wain.

Leonardo DiCaprio, Don’t Look Up
A Bafta and Oscar winner for The Revenant, multiple nominee DiCaprio is in the running again in Adam McKay’s satirical comedy, playing a provincial astronomy professor thrust into media stardom when he and his graduate student (Jennifer Lawrence) identify a comet on collision course with Earth. McKay’s last two features as director — Vice and The Big Short — yielded four Oscar nominations in the acting categories, for Christian Bale (in both films), Sam Rockwell and Amy Adams.

Peter Dinklage, Cyrano
Dinklage began his Cyrano journey in a stage musical that originated in Connecticut in 2018 and transferred off-Broadway a year later — written and directed by his wife Erica Schmidt, and with music by Aaron Dessner and Bryce Dessner of US rockers The National and lyrics by the band’s Matt Berninger with Carin Besser. Joe Wright directs the movie version, with Working Title Films among the producers. Dinklage is a four-time Primetime Emmy winner for Game Of Thrones.

Andrew Garfield, Tick, Tick… Boom!
Garfield was Bafta-nominated for films The Social Network and Hacksaw Ridge, also picking up an Oscar nod for the latter. Now he competes again via Lin-Manuel Miranda’s version of Rent creator Jonathan Larson’s auto­biographical one-man show. Garfield is also in contention as televangelist Jim Bakker in The Eyes Of Tammy Faye — although Jessica Chastain is the likelier nominee for that film.

Joaquin Phoenix, C’mon C’mon
Phoenix — who has a Bafta and Oscar for Joker, and nominations at both for Gladiator, Walk The Line and The Master — stars as a radio journalist bonding with his nephew (Woody Norman). Writer/director Mike Mills helped steer Christopher Plummer to an Oscar win in 2010’s Beginners, and 2016 follow-up 20th Century Women saw Golden Globe, Independent Spirit and Gotham nominations for Annette Bening.

Will Smith, King Richard
Nominated for Oscars with Ali and The Pursuit Of Happyness — but never at Bafta — Smith now has his best shot at a win thanks to his hugely appealing turn as Richard Williams, father and coach to tennis stars Venus and Serena Williams, battling the white tennis establishment. Reinaldo Marcus Green’s film could also see attention for actors in other categories, notably Aunjanue Ellis as Richard’s wife Oracene ‘Brandy’ Williams.

Denzel Washington, The Tragedy Of Macbeth
An eight-time acting Oscar nominee and two-time winner (for Glory and Training Day), Washington has yet to earn a single Bafta nomination. Now he competes again in Joel Coen’s version of the oft-told Shakespeare tragedy, opposite Frances McDormand as Lady Macbeth. Coen has directed — or rather co-directed — multiple actors to Oscars success, including McDormand in Fargo.

Jessica Chastain, The Eyes Of Tammy Faye
Nominated at Bafta and Oscar for The Help and Zero Dark Thirty, Chastain impresses in The Big Sick director Michael Showalter’s drama based on Fenton Bailey and Randy Barbato’s 2000 documentary about TV evangelists Jim and Tammy Faye Bakker, whose empire collapsed in 1987. The film is a passion project for Chastain, who serves here as producer and who acquired rights to Tammy Faye’s life story in 2012.

Olivia Colman, The Lost Daughter
A Bafta and Oscar winner for The Favourite, Colman is back in contention in debut feature director Maggie Gyllenhaal’s adaptation of the Elena Ferrante novel — starring as an English academic whose life collides with a brash American family on holiday in Greece, prompting flashbacks to her own young motherhood. Colman also impresses in Eva Husson’s Mothering Sunday, playing a still-grieving woman who lost her sons in the First World War.

Penelope Cruz, Parallel Mothers
Cruz won the Oscar and Bafta for Woody Allen’s Vicky Cristina Barcelona, but was first nominated for both awards in 2007 for Pedro Almo­dovar’s Volver. Now the Spanish maestro directs her in this drama about two women whose lives intertwine after they both give birth in the same maternity ward, which plays out against the uncovering of a mass grave site for people who disappeared during the Spanish Civil War. Cruz won the best actress prize at Venice for the role.

Lady Gaga, House Of Gucci
Oscar loves a success story, and Ridley Scott’s tale of greed, excess, power and betrayal is certainly that — and in no small degree thanks to the presence of the A Star Is Born actress, who brings appealing relish to her role as ambitious, ultimately amoral Gucci wife Patrizia Reggiani. Gaga was Oscar and Bafta nominated for her role in A Star Is Born (losing her category to The Favourite’s Olivia Colman), and picked up wins for music (Bafta) and song (Oscar).

Alana Haim, Licorice Pizza
The youngest of the three sisters in pop band Haim, the San Fernando Valley native hits a home run with her debut film role. She plays a 25-year-old photographer’s assistant who surprises herself by falling into the orbit of a charismatic and ambitious teen (Cooper Hoffman) in Paul Thomas Anderson’s 1970s-set comedy. Alana’s sisters Danielle and Este Haim and parents Moti and Donna Haim all play her family members in the film.

Nicole Kidman, Being The Ricardos
It has been nearly two decades since Kidman won her Oscar and Bafta for The Hours, although she also has nominations at either, or both, for To Die For, The Others, Moulin Rouge!, Rabbit Hole and Lion. She now has a shot at doubling her trophy haul, playing Lucille Ball in Aaron Sorkin’s biographical drama, which pivots around an eventful week on the set of I Love Lucy, the hit sitcom that starred Ball and husband Desi Arnaz.

Joanna Scanlan, After Love
Winning the best actress British Independent Film Award should earn Scanlan wider voter attention — at least at the Baftas. In Aleem Khan’s multi-BIFA-winning feature debut, Scanlan plays a woman who travels to Calais to probe her husband’s secret life following his death. It is a rare lead film role for Scanlan, who won plaudits for supporting turns in the likes of Ralph Fiennes’ The Invisible Woman and has three Bafta TV nominations forGetting On.

Rachel Zegler, West Side Story
New Jersey-born Zegler won the role of Maria in an open casting call for Steven Spielberg’s movie musical, submitting videos of herself singing ‘Tonight’ and ‘I Feel Pretty’. The original 1961 version of West Side Storywon 10 Oscars, but was not nominated for either best actor or actress, with non-Latin Natalie Wood — who had Russian heritage — cast as Maria.