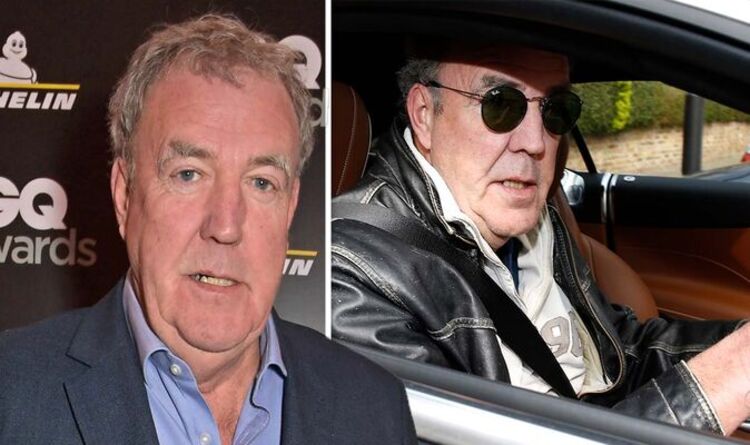 Jeremy Clarkson, 61, opened up about a recent car accident he had near his Diddly Squat Farm in Chipping Norton, Oxfordshire. The frightening incident happened earlier this week when the presenter was driving to see a friend in a nearby Cotswolds village.

He headed out in the morning and recalls feeling as though something was “troubling” him.

Jeremy has explained all in his most recent column.

Writing for the Sunday Times, he said: “I was being tickled by the motoring world’s equivalent of a blink-and-you’ll-miss-it tingle in the left arm.

“You know what it’s like when you walk into a northern pub and everyone’s laughing and joking. But you can just sort of sense that, somewhere in the steamed-up background, Begbie’s getting ready to lob his pint glass over the balcony.

“And that soon you’ll have a split lip and a snooker cue up your jacksie. It was that feeling.”

Jeremy was driving down a long hill in Chipping Norton when he pressed his foot down on the brake pedal.

In a heart-stopping moment, Jeremy’s BMW, which he says is “the worst car of them all”, began to skid when the wheels hit a portion of black ice.

Detailing the frightening experience, the Clarkson’s Farm star explained: “It was the noise that gave it away first.

He continued: “I steered carefully to the side of the road, where there was a grass verge so that two of the tyres would have some kind of adhesion.

“And then, after stopping and taking stock, I continued with my journey at approximately 1mph.”

It comes as the former Top Gear host is filming the second series of his hit Amazon Prime show, Clarkson’s Farm.

It will detail the highs and lows of life on the Diddly Squat Farm as well as work on the farm’s shop.

Film crews have been spotted at the farm since November and it is understood they will film until July.

An official release date for season two has not been confirmed yet, but the show is expected to drop at some point this year.

All episodes of Clarkson’s Farm are available to watch on Amazon Prime.