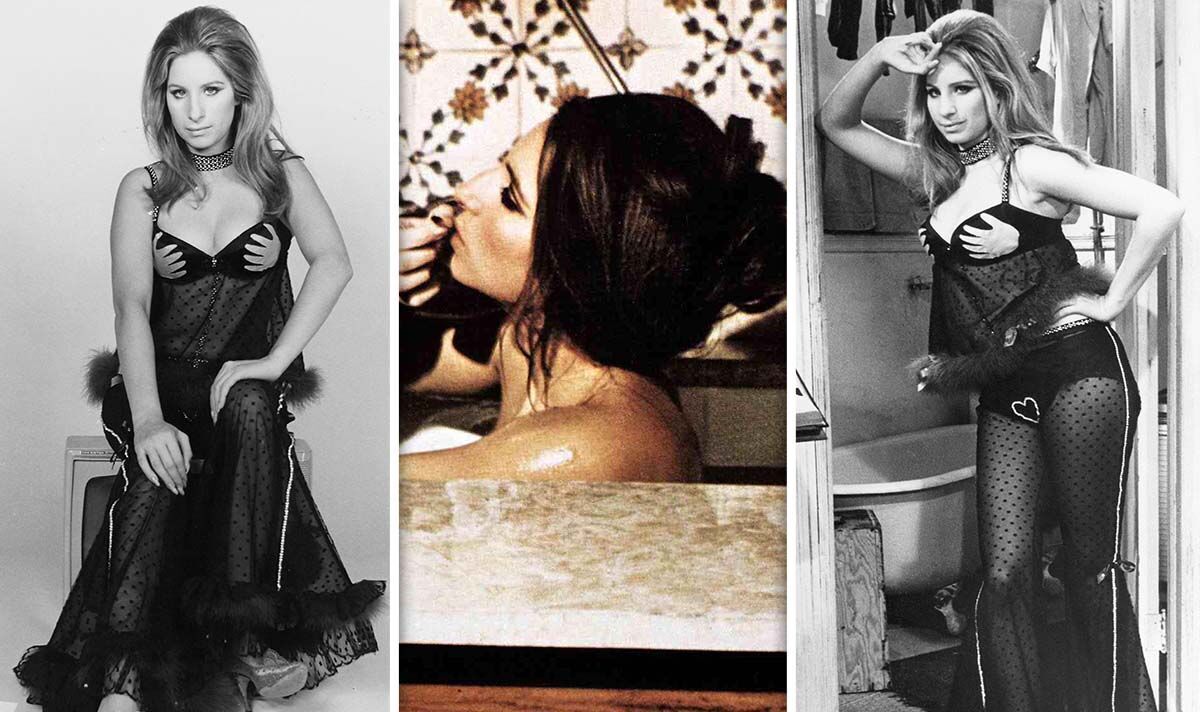 Barbra Streisand, 79, set pulses running in a series of stills from her 1970 film The Owl and the Pussycat.

The legendary actress could be seen wearing a quirky sheer pyjama set.

Her outfit featured a polka dot pattern and diamantés sewn into the spaghetti strap top.

The unusual blouse also boasted a pattern cut in the shape of hands over either breast.

Her long, chestnut-coloured hair had been meticulously teased in a voluminous hairstyle.

In other shots from the movie, Barbra could be seen sharing an intimate scene in a bathtub with co-star George Segal.